Chevrolet has officially announced the pricing for its new Spark EV. This car is the all-electric battery-powered version of the Chevrolet small car called the Spark. Chevy will be offering the new electric vehicle on lease with payments as low as $199 per month. Chevrolet says that the vehicle could save owners on average of $150 each month in fuel costs based on EPA estimates. 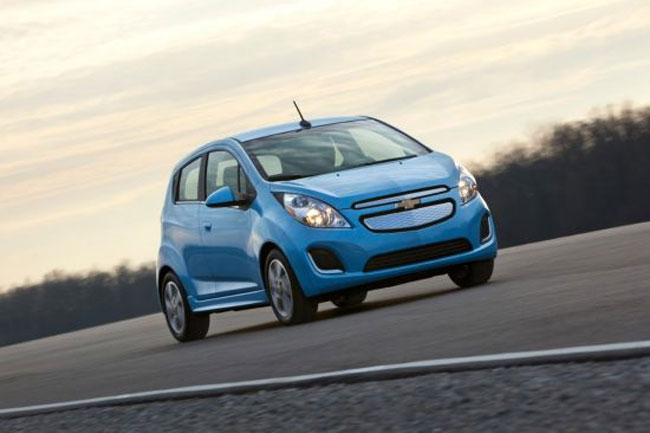 Chevrolet is offering the vehicle on a 36 month lease at $199 per month with $999 due at lease signing. That $999 doesn’t include things such as tax, title, license. That makes this one of the lowest priced electric vehicles on the market. The starting price is $27,495, once the federal tax credit of $7500 is removed is $19,995.

Spark EV owners can also qualify for additional state and local tax credits in California taking as much as an additional $2500 off the purchase price. In certain areas of California that would bring the overall purchase price of the electric vehicle to $17,495. The EPA estimates that the vehicle can go for 82 miles when fully charged. The car uses a 21 kWh lithium-ion battery pack covered by warranty for eight years or 100,000 miles. The EPA estimated combined city/highway fuel economy equivalent is 119 MPGe.