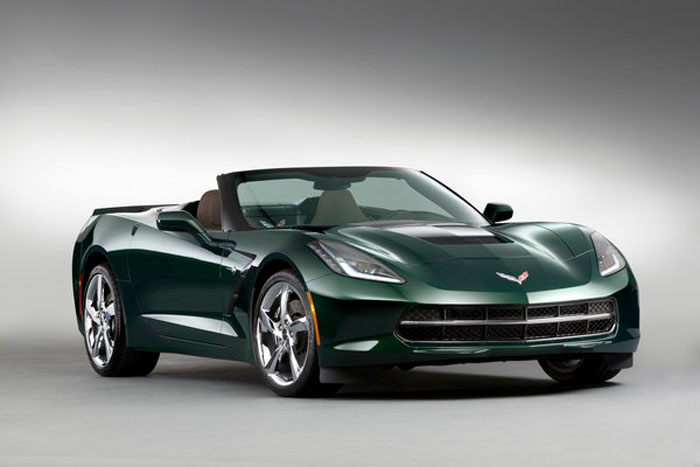 The car will be offered with a 7-speed manual transmission or a 6-speed automatic. The dark green exterior color is called Lime Rock. All of the cars will feature brown suede interiors. The cars will also have the same 460hp 6.2L V8 engine with 465 lb-ft of torque the new Stingray is known for.

There will be only 550 units built in the Premiere series. They will all feature a performance exhaust, electronic limited slip differential, and adjustable magnetic ride suspension. They will also all include a special Corvette themed luggage set from Thule. The Premiere edition convertible will sell for $77450 including the destination charge. The exact launch date for the car is unknown, Chevy only says “early 2014.” A Premiere edition of the coupe was also sold.