People must be dropping their cellphones into toilets a lot more frequently than we think, at least in Japan. Not a big surprise though, considering how ingrained the cell phone has become in contemporary Japanese culture. 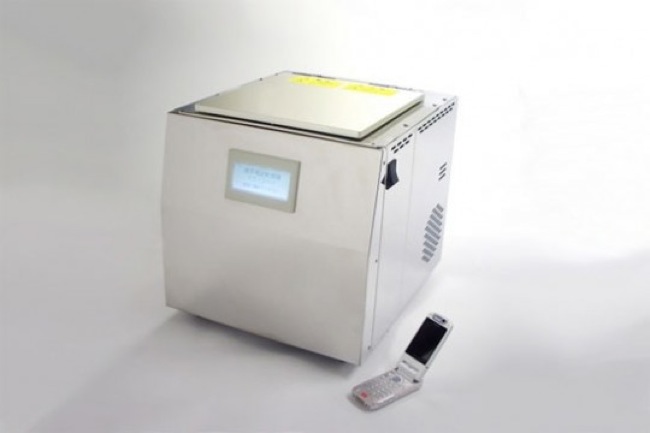 Officially dubbed the ‘Dryer Box,’ this unassuming device manufactured by JMC Risk Solutions has been cropping up around Tokyo and retails for a mere $12. Its sole function is a last-minute salvage of your soaked cell.

A mere glance at the corresponding photo already hints at its use. There’s a digital display that in all likelihood acts as a timer while the devices inside thaw your gadget back to life. Keep in mind the Dryer Box has been engineered so that you don’t have to remove your phone’s batteries when you dry it.

Though this Dryer Box may appear to be a solution for every occasion where our cell gets a little too damp for comfort, keep in mind its chances of saving a watered down phone isn’t 100% guaranteed. But hey, it only costs $12 to own.