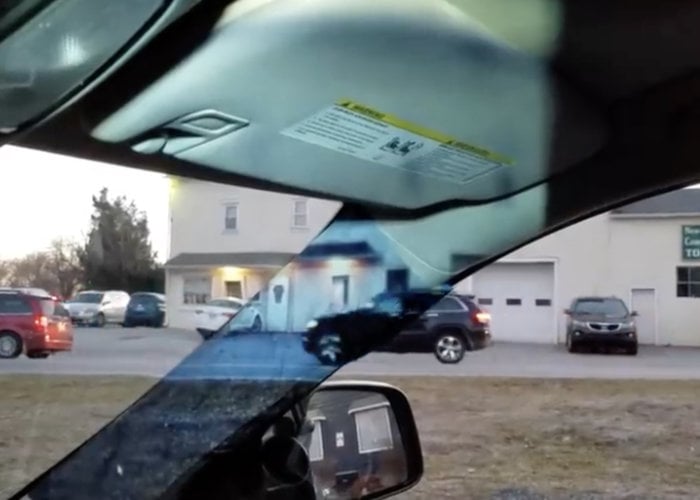 Alaina Gassler a 14-year-old from Pennsylvania and West Grove has solved the age-old problem of car blind spots using a web camera and projector. The idea for the project came about after the student saw her mother struggling with brine spots while driving and has won her the top award at the Broadcom Masters science and engineering competition for middle schoolers and a $25,000 prize. Check out the video below to learn more about the ingenious solution to remove car blindspots.

“Through her project, Alaina Gassler is seeking to make driving safer by reducing blind spots. She designed a system that uses a webcam to display anything that might block the driver’s line of sight. Alaina was inspired to create her device after seeing her mother struggle with blind spots in their family automobile. “

“Alaina Gassler, 14, West Grove, Pennsylvania, won the $25,000 Samueli Foundation Prize, for her project reducing blind spots in cars and her exemplary performance during the Broadcom MASTERS’s hands-on challenges. The prize is a gift of Dr. Henry Samueli, Chairman of the Board, Broadcom Inc., and Chair of the Broadcom Foundation and his wife, Dr. Susan Samueli, President of the Samueli Foundation. “

“Congratulations to Alaina, whose project has the potential to decrease the number of automobile accidents by reducing blind spots,” said Maya Ajmera, President and CEO of the Society for Science & the Public and Publisher of Science News. “With so many challenges in our world, Alaina and her fellow Broadcom MASTERS finalists make me optimistic. I am proud to lead an organization that is inspiring so many young people, especially girls, to continue to innovate.”