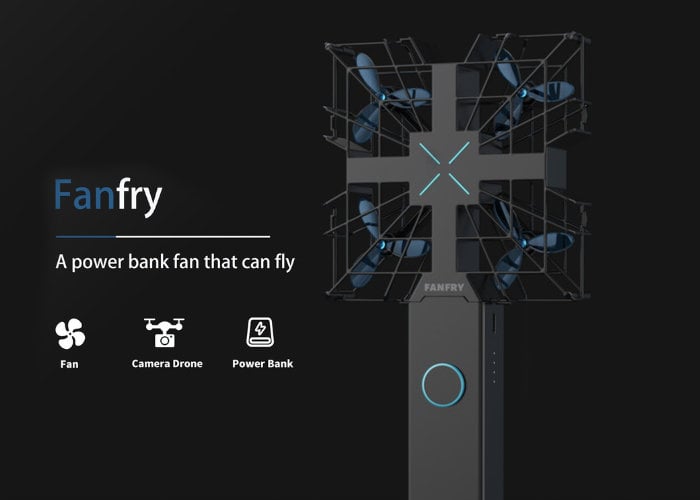 A unique combination of camera drone, battery pack and cooling fan has been launched via Kickstarter this month in the form of the aptly named FanFry drone. Equipped with a 1080p camera the drone is small enough to carry in your bag and its battery pack is capable of providing up to 12 hours of use. 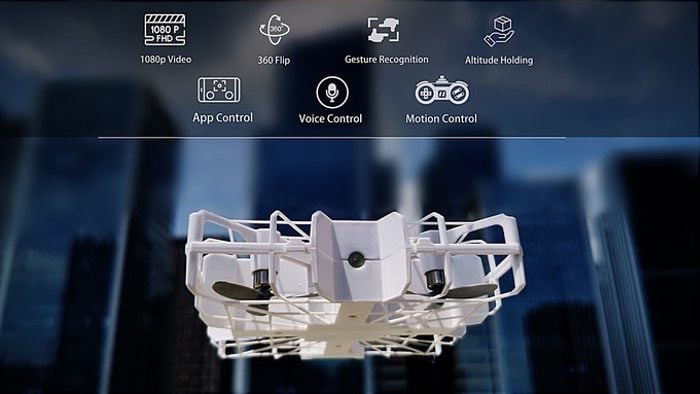 Early bird pledges are now available for the unique project from roughly $49 or £41, offering a discount off the recommended retail price, while the crowd funding campaign is under way. If the Fanfry Kickstarter campaign is successful and project completion progresses smoothly, worldwide shipping is expected to take place sometime around February 2021. To learn more about the Fanfry project review the promotional video below. 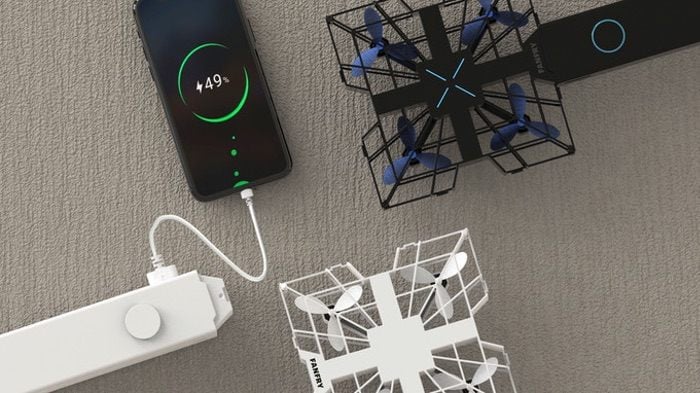 “Introducing Fanfry, The world’s first portable fan that can turn into a multifunction camera drone to take aerial video. Even better, the Fan handle also works as a power bank to instantly charge your drone or your cell phone. When Using as a Fan, it’s lightweight to carry with you anywhere. Desktop stands also included turn it into a mini desktop fan. The built-in power bank can last more than 12 hours continuously working under the Fan mode. There are also three different wind modes for you to choose: Normal Mode, Sleep Mode, and Hurricane Mode.”

“Detach the fan from the handle, Fanfry becomes an ultra-portable camera drone to capture your personal aerial photography and HD video. Small enough to fit in the palm of your hand and ultra-durable design making it completely drop-proof! Fanfry connects directly to your smart device (iOS or Android) via WiFi and enables you to have complete control of Fanfry via the on-screen Joy-sticks while easily capturing and sharing photos and videos.” 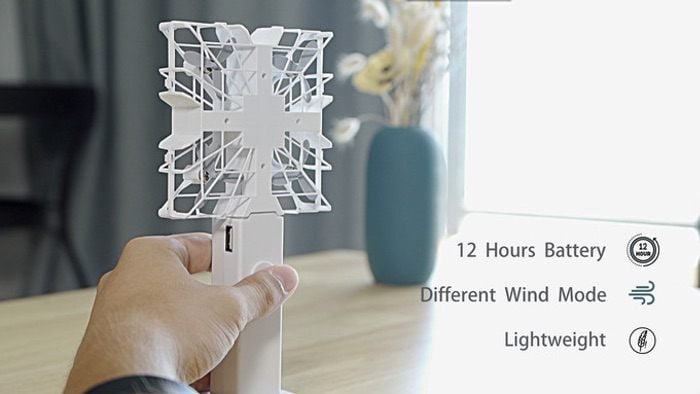 Fanfry supports both Android and iOS devices and connects directly to your smart phone using wireless connectivity, enabling you to control the drone via the on-screen virtual joysticks and camera capture features. For a complete list of all available campaign pledges, stretch goals, extra media and more features, jump over to the official Fanfry crowd funding campaign page by following the link below.

Features of the Fanfry include :