Call Of Duty Modern Warfare 3 gamerswaiting for the next DLC instalment to arrive will be pleased to know that the Overwatch DLC is now available and ready to download for Xbox 360 owners, who are also members of the Call Of Duty Elite program.

The third COD Elite map Overwatch arriving today provides players with a construction site which is situated on top of a New York City skyscraper. Providing you with two levels in a near symmetrical layout to battle it out on, as well as a central bridge which will provide a excellent area for rooftop battles. 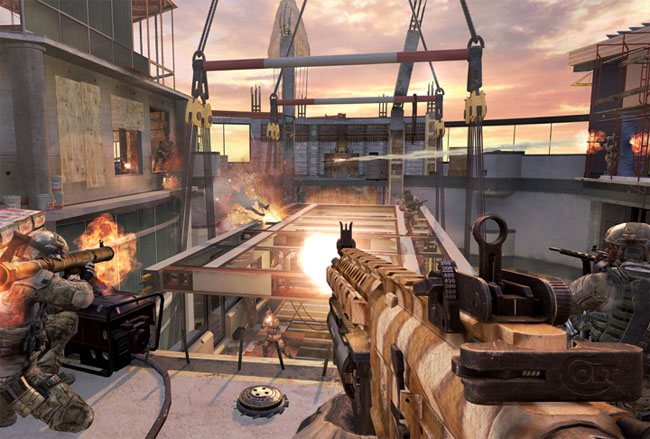 Whilst playing the new Overwatch DLC you will need to watch your every step whilst running around on the rooftop, as there is a huge lack of safety barriers surrounding the perimeter of the map leaving nothing between you and a 70 story fall to the street. Enjoy!

All COD Elite DLC content is first available to Premium Members on Xbox 360, but will drop to Premium Members on PS3 before then being made available to non-premium members on their console. Elite DLC content packages 4-6 will be available next month and will include the multiplayer map Black Box, together with two brand new Special Ops Missions, Black Ice and Negotiator. More information on those as it is released.