Within the game you can play as either a trooper of the Imperial Forces or as a soldier from the Rebel Alliance in a number of different locations from Star Wars. Watch the video after the break to see a little gameplay. 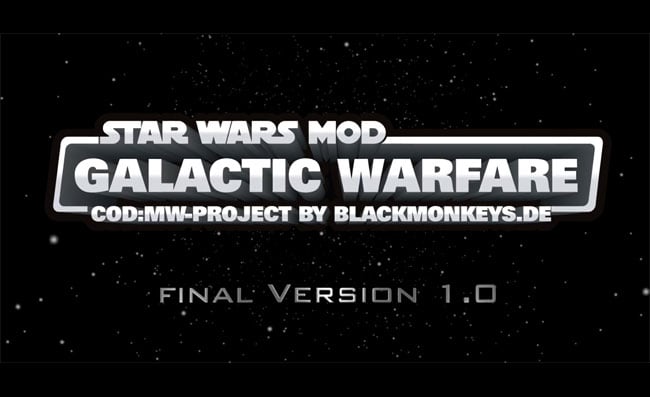 “It’s our goal to unite our favourite game CoD4:MW with the classic universe of Star Wars, as the best trilogy ever. With this total conversion we will combine lot of the known battlegrounds, characters and weapons of Star Wars with the fantastic gameplay of the COD4-Multiplayer.”

You can now download the mod Galactic Warfare v1.0 Final from the Moddb