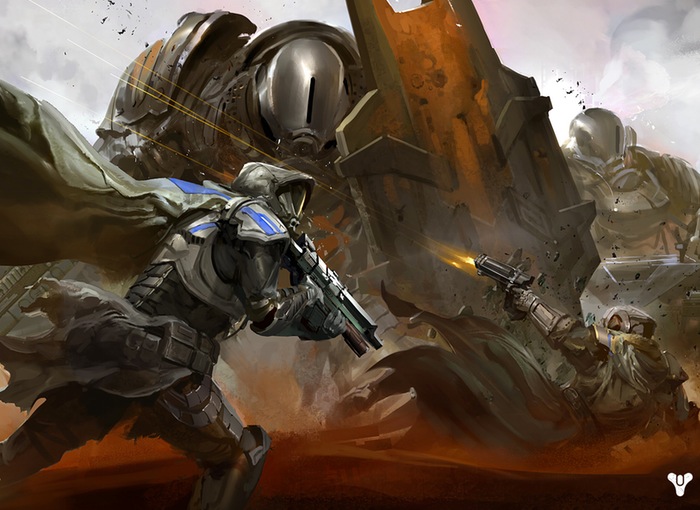 Bungie the creators of the new and highly anticipated Destiny video game, that will soon be launching on both Sony’s PlayStation 4 and Microsoft’s Xbox One next-generation consoles as well as the older PS3 and Xbox 360 on September 9th 2014.

Have this week released a new Destiny PS4 gameplay trailer providing a first glimpse at the gameplay you can expect on Sony’s next-generation PlayStation 4 games console, as well as providing some new details on gameplay styles that are possible using the different characters within the Destiny game.

Destiny’s developers have equipped players with a vast arsenal of weaponry and armour to customise their characters with. Enabling players to customise they loadout to suit your specific needs during missions and character advancement. Bungie explains a little more:

“Within Destiny there are plenty of variety within each category, too. The autorifle sub-category include burst-fire pulse rifles, single-shot carbines, and an array of full-auto assault rifles that prove murderously effective at close range.

Despite the sprawling arsenal, Bungie’s designers are taking pains to hand-tune each weapon’s look, feel, and lore, making them feel like natural extensions of the game’s fiction, not the expressions of some rampant computer algorithm.”

For more information on the new Destiny game jump over to the Bungie Destiny website for details.