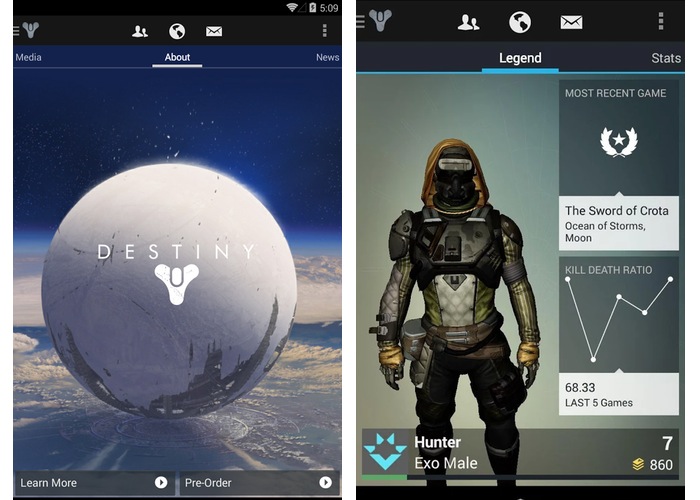 The new app update has rolled out to the Bungie Mobile app which has now been renamed the Destiny Companion and allows user to inspect their Destiny Guardian, analyse player stats, and compare their Grimoire score.

“Keep in touch with your friends in the Bungie Community via forums, groups, or private messaging and track them down on the PlayStation Network or Xbox LIVE. And, receive the latest news and updates about Destiny.”

“Explore the vast expanses of the world of Destiny, fight through riveting story missions, strike deep within enemy strongholds alongside a fireteam, or compete for glory against your fellow Guardians in the action-packed competitive multiplayer.”

Bungie Destiny will be officially launching on September 9th, 2014 and will be available to play on PlayStation 4, Xbox One, PlayStation 3 and Xbox 360 consoles. If you have already had a chance to experience the Destiny beta testing let us know your thoughts in the comments below.