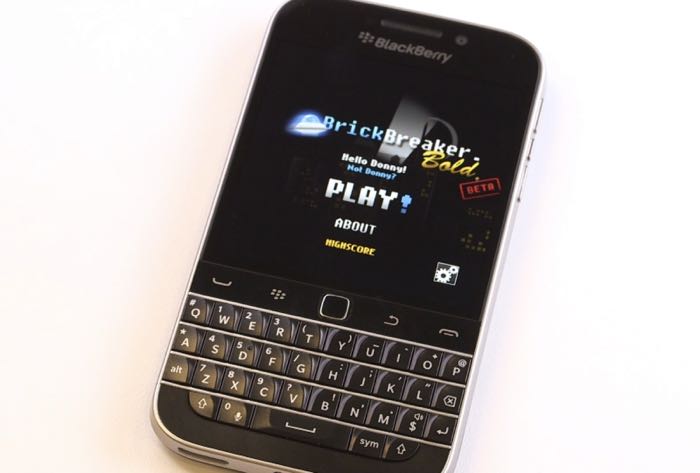 BlackBerry has announced that the new BlackBerry Classic smartphone will bring Classic Navigation Keys to their BlackBerry 10 platform.

The company also announced that they will be bringing the Brick Breaker game back to the BlackBerry platform on the new BlackBerry Classic, have a look at the video below.

Always one to draw on that nostalgic BlackBerry feeling, the BlackBerry Classic brings Classic Navigation Keys to BlackBerry 10 for the first time. These, along with the trackpad and physical QWERTY keyboard allow you to stay productive, get work done and make the most out of your day. They also allow for something that I personally love to take a little downtime to do – classic gaming.

The BlackBerry Classic smartphone will launch later this month, you can find out more details about the handset over at Blackberry at the link below.