If you have any doubts who is the superior race at the moment either robots or humans, check out this bowling competition. Robot vs Human Bowling Champion.

In the blue Lane bowling balls at 24 MPH and spinning them up to 900 RPM. The robot entrant, Earl  or Enhanced Automated Robotic Launcher, a second generation bowling robot.

The Human entrant in the red lane, Chris Barnes who owns 12 PBA Tour titles including two majors and has won the U.S. Open and the Tournament of Champions.

Place your bets and watch the match after the jump. 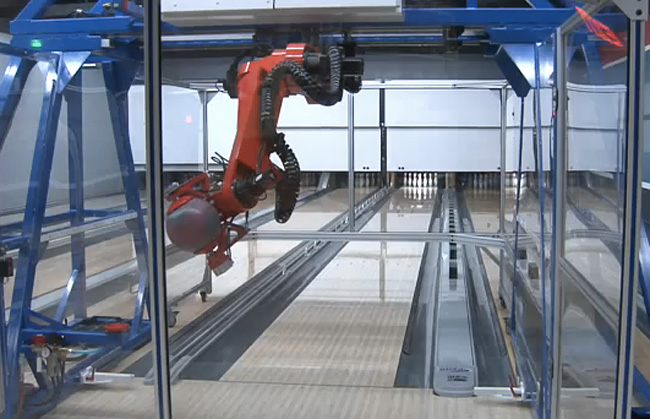