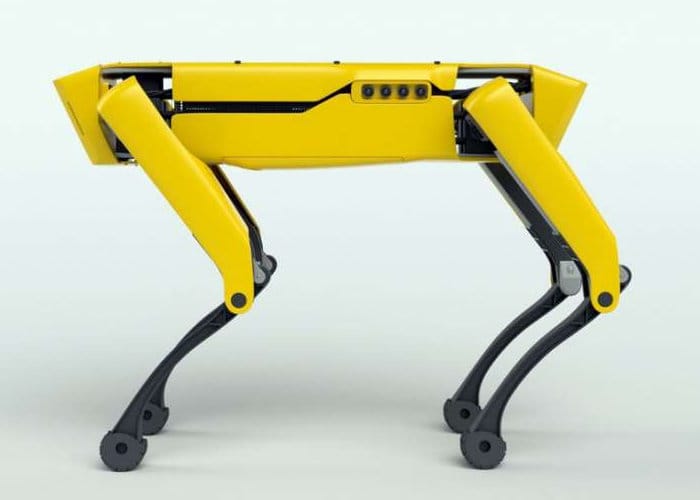 Boston Dynamics have now started field testing their awesome Spot robot for commercial usage and the robot is now capable of autonomously navigating construction sites. Watch the 2 minute demonstration video below to see what the Spot robot has been up to since its last demonstration.

The Spot robot is currently being trialled on construction sites in Japan and is carrying specialised payloads for surveying work. Boston Dynamics Was founded back in 1992 and is well known for its BigDog quadruped robot which Spot has developed from. During 2013 the company was acquired by Google and was sold in 2017 to Japan’s SoftBank Group for an undisclosed sum.

“We have begun field testing the Spot robot for commercial usage around the world. After an initial mapping run, Spot autonomously navigated two dynamic construction sites in Tokyo and used a specialized payload for surveying work progress. An additional camera in its hand lets Spot do even more detailed inspection work on site. The Spot robot will be available in the second half of 2019 for a variety of applications.”