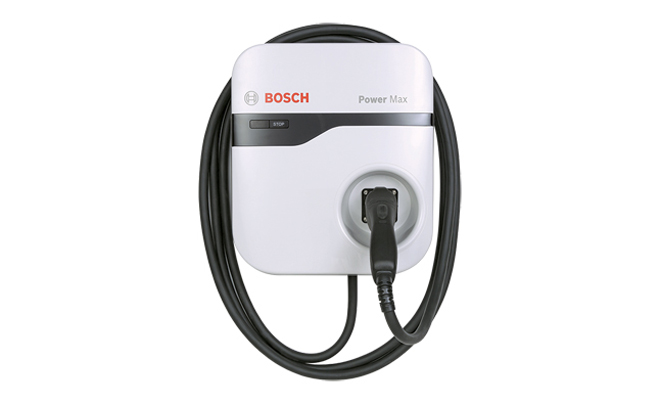 Most of us can’t afford today’s electric cars of tomorrow. We won’t even talk about the Tesla’s price range, seeing as how even Ford’s electric Focus lies closer to $40,000 – and that’s the lower range of the electric car industry. Have you ever thought about what you’d do if you could afford to pay for an electric car though? How would you charge it? Electric car charging stations aren’t exactly widespread.

That’s where Bosch’s new $449 electric home car charger comes into play. Most home charging stations will add another one to two thousand dollars to the cost of your car. Even Level 1 chargers that are often tossed in for free with electric vehicles will sell for about six hundred or even more. Bosch’s new Power Max charger not only costs only $449, but it’s also a Level 2 charger that charges electric cars at twice the rate of Level 1 chargers.

At about eight hours for a full charge, you can fully replenish your electric vehicle’s battery while you sleep at a cheaper cost than ever before. Bosch is selling the unit so low because it believes that electric vehicles will rise in popularity in the next few years. If costs keep coming down like this, they just might.