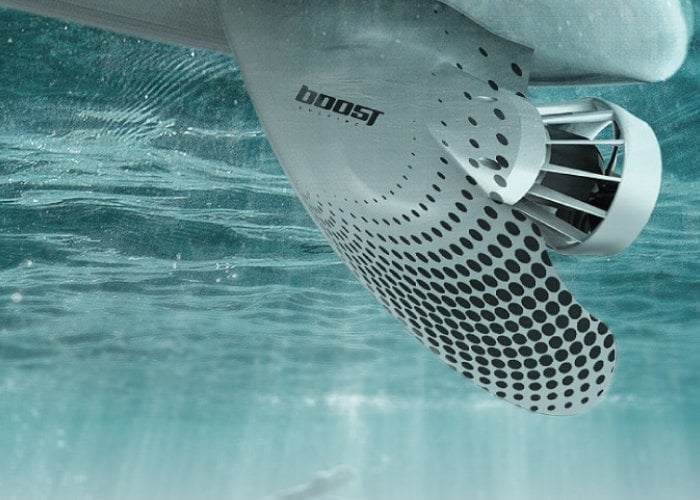 After launching via Kickstarter last month the Boost Surfing Fin is now coming to the end of its crowdfunding campaign and has already raised over $200,000 thanks to nearly 1000 backers. With just over a day remaining on the campaign it’s still not too late to be one of the first backers of the electric motorised surfboard fin which provides £20 of turbocharged energy allowing you to catch up to three times more waves.

Surfer and mechanical engineer Alex Ostanin, has created a new electric motorised surfboard fin aptly named the Boost Surfing Fin. Designed to provide an easily attachable electric fin to help surfers paddle faster and longer, reducing burnout and allowing them to make the “most out of every swell and serve session”. Early bird pledges are now available from $149 and the Boost Surfing Fin comes complete with a companion application available for both Android and iOS devices.

Launched via Kickstarter the campaign has already raised over $30,000 thanks to over 140 backers with still 29 days remaining. The Boost Surfing Fin provides 20 pounds of “turbocharged energy” enabling surfers to catch up to three times more waves. Check out the video below to learn more about the Boost Surfing Fin and see it in action. 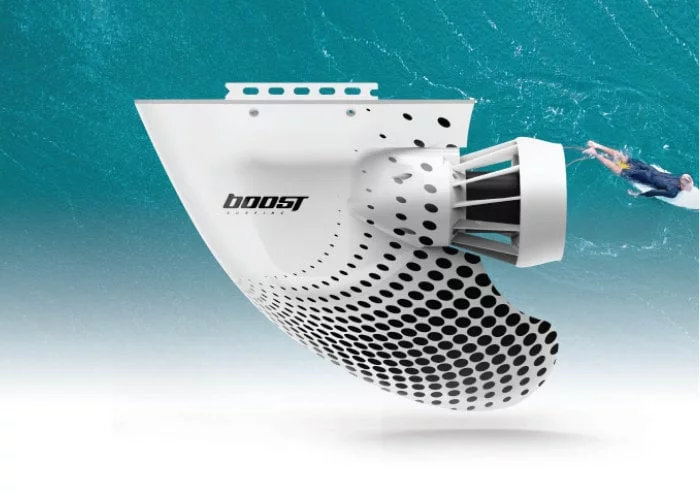 “Boost is changing the surfing experience the fin that gives you just enough of extra energy to push the limits of what is possible. A revolutionary combination of power, portability and design applied in surfing industry. 90% of your session is paddling. To make the most out of every swell and every session you need to be able to paddle faster and longer. To catch even a single wave you’ll need to paddle. But if you want to catch LOTS of waves you’ll need to Paddle a lot! Boost Fin helps you do just that.”