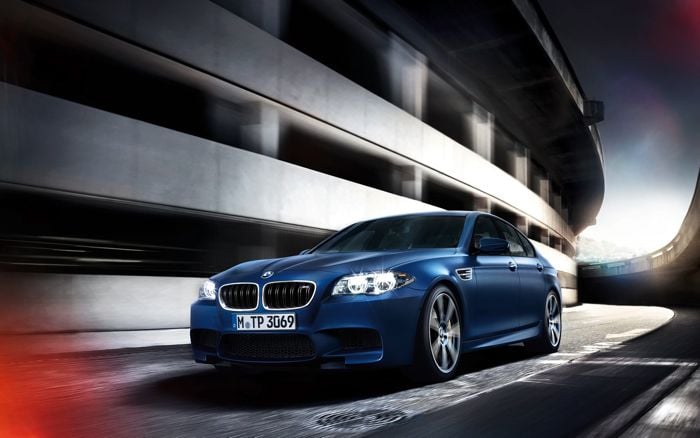 BMW are working on an update version of the M5 to celebrate the 30th anniversary of the vehicle, and now some details have been leaked on the specifications on the BMW M5 30th Anniversary model.

According to a recent report, the BMW M5 30th Anniversary will come with increased power over the existing model, with a massive 592 HP and 516 pound-feet of torque, this is an increase of 32HP and 14-lb ft over the standard BMW M5.

There will also be a range of styling changes to the new BMW M5 30th Anniversary model, which will include jet black and polished aluminum 20 inch wheels, dark chrome exhaust pipes and a custom paint job.

The BMW M5 30th Anniversary will also come with a range of 30th anniversary badges, and a special interier which will be made from a combination of Merino leather and Alcantara, plus dark aluminum trim. 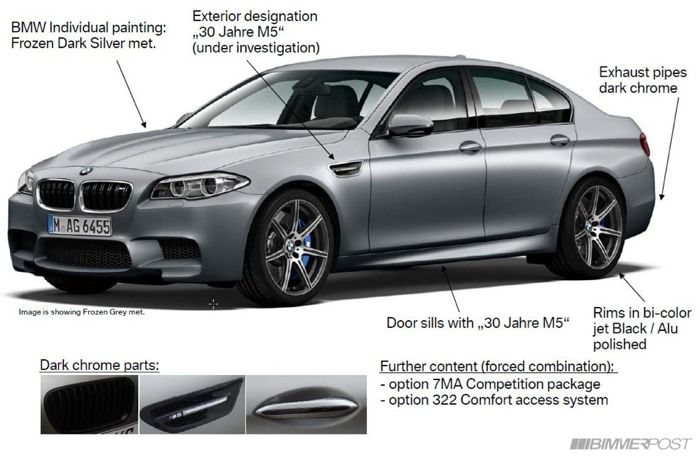 BMW are said to be producing just 300 units of the BMW M5 30th Anniversary model, which means the price tag will be considerably higher than the existing BMW M5, and it will probably be sold out as soon as it launches.

According to Bimmerpost, the BMW M5 30th Anniversary model will be made official at the M Festival at the Nurburgring in June, which takes place between the 20th and 22nd of June.