BMW has unveiled images of their latest BMW i8 Spyder concept car which is the convertible version of the BMW i8 car Tom Cruise was lucky enough to drive in the latest Mission impossible 4 film, that launched late last year. 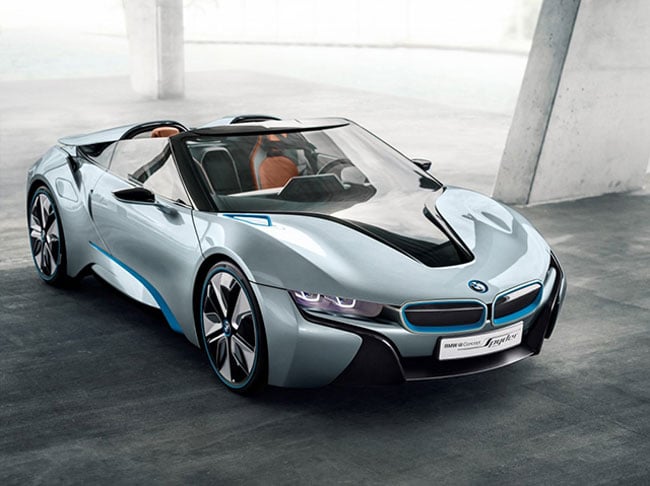 The BMW i8 Spyder is a 2 seater based on the LifeDrive architecture seen in the first BMW i8 concept. Both cars are equipped with plug-in hybrid technology and powered by an eDrive drivetrain combining a high-performance electric motor and an internal combustion engine, capable of producing 354 horsepower.

Being a hybrid the BMW i8 Spyder has a 3-cylinder 1.5 liter petrol engine 164kw and an electric motor 96kw, which combine to
use just three litres of fuel for every 100 kilometers the BMW i8 Spyder drives, creating a fuel economy of around 94 mpg.