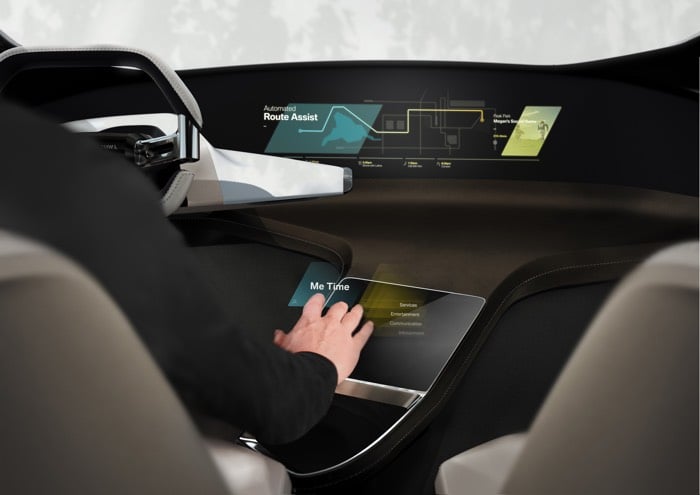 BMW has announced that it will be showing of its new BMW HoloActive Touch system at the Consumer Electronics Show 2017 in January.

The BMW HoloActive Touch features a Heads Up Display and also gesture controls which lets you control a range of BMW Connected service.

The BMW Group will provide another glimpse into the interior of the future at the Consumer Electronics Show (CES) 2017 in Las Vegas with a selection of trailblazing concepts and revolutionary technology. The BMW HoloActive Touch system, for example, will be making its debut at the show. This innovative interface between the driver and vehicle acts like a virtual touchscreen; its free-floating display is operated using finger gestures and confirms the commands with what the driver perceives as tactile feedback. BMW HoloActive Touch is part of the BMW i Inside Future study, which gives visitors to the CES, taking place on 5 – 8 January 2017, an impression of the mobility experience set to be offered by seamlessly connected and autonomously-driving cars in the future.

BMW HoloActive Touch brings together the advantages of the BMW Head-Up Display, BMW gesture control and direct touchscreen operation, and adds extra features to create a unique form of user interface. For the first time, the functions can be controlled without any physical contact with materials, but the technology still enables the visible and tangible driver-vehicle interaction familiar from conventional touchscreens. BMW HoloActive Touch also allows the user to access the wide variety of services provided by BMW Connected. The seamless integration of the personal digital mobility companion is highlighted even more vividly by the extremely intuitive interaction.

You can find out more information about the BMW HoloActive Touch system over at BMW at the link below.