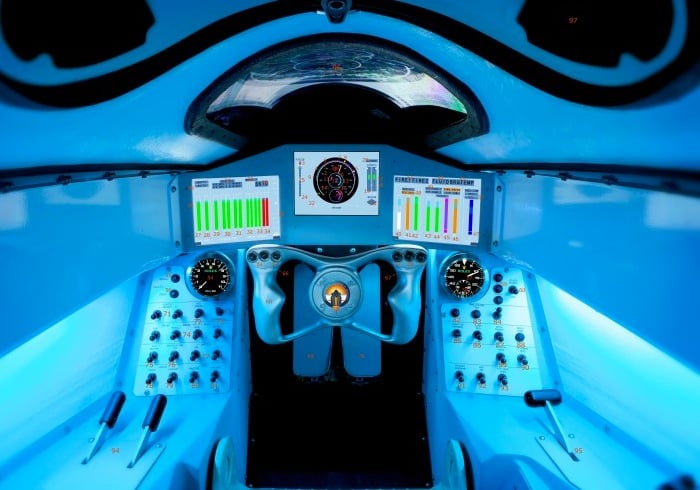 During 2015 and 2016 the Bloodhound supersonic car will be aiming to reach and break the 1,000mph or 1,609km/h land speed barrier, and today the team behind the attempt has unveiled the futuristic cockpit design of the worlds fastest car for the world to see.

The Bloodhound supersonic car cockpit has been handcrafted using five different types of carbon fibre weave, that had been bonded together using two different resins.

Sandwiched between the layers of carbon fibre are three different thicknesses of aluminium honeycomb to provide additional strength. The Bloodhound supersonic car monocoqueIt has taken more than 10,000 hours to design and manufacture and consists of 13 individual layers that measure just 25 mm in thickness creating an overall weight of just 200 kg. 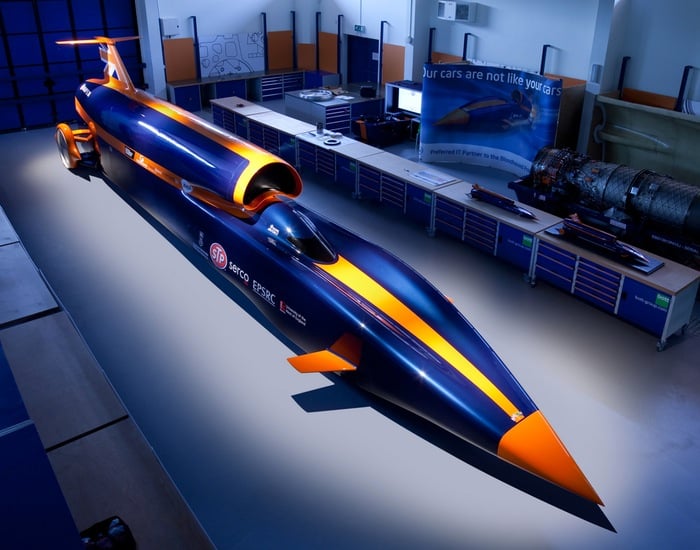 At 1,000mph the cockpit will need to withstand aerodynamic loads of up to 3 tons per square metre and will also be equipped with ballistic armour to protect its driver Andy Green from any stones that may be kicked out during the supersonic runs.

For more information on the new Bloodhound supersonic car which has taken 5 years to develop and build, jump over to the official website for details.