Lance Corporal Craig Lundberg was blinded by a rocket propelled grenade while on patrol in Basra in Iraq during 2007. But thanks to new device that could revolutionise treatment for blind patients Craig can now see his surrounding environment using his tongue.

The BrainPort miniature video camera and sensory equipment works by converting visual images into a series of electrical pulses which are relayed to the wearer via their tongue. Different images are then built using different strength pulses. Allowing the wearer to navigate around objects or even pick them up. 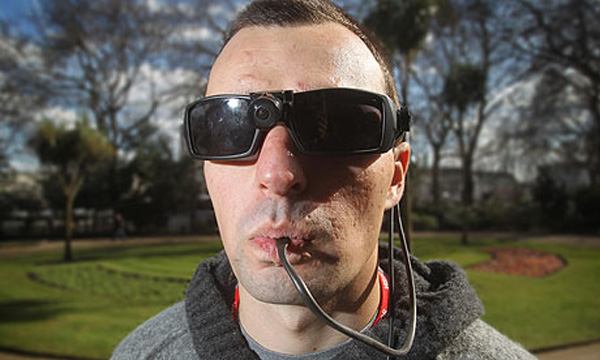 The BrainPort is currently only in a prototype stage at the moment currently sends information to 400 points on the tongue. However the designers plan to increase this to 4,000 points, providing a clearer image in the future.