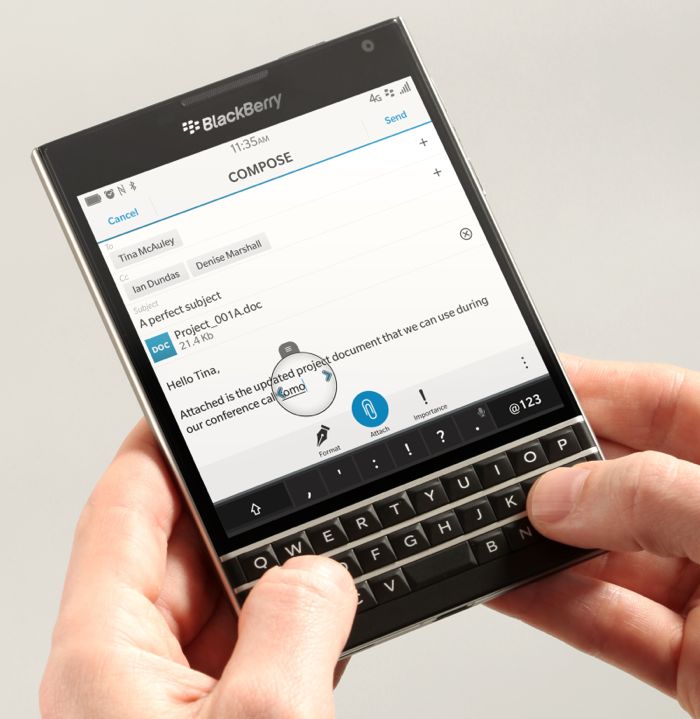 The BlackBerry passport is an interesting handset, the device features a unique design, and whilst it is yet to be officially announced, BlackBerry has been teasing the device for some time.

The BlackBerry Passport is rumored to feature a 4.5 inch square display, BlackBerry has now confirmed the resolution will be 1440 x 1440 pixels, and under the display is a three row QWERTY keyboard.

The handset has been receiving some favorable press since we first saw photos of the device, and now BlackBerry has posted more details about the design, which is unique on the BlackBerry blog, along with a new photo which is featured above.

The Passport is also rumored to come with a quad core Snapdragon 801 processor from Qualcomm, plus 3GB of RAM and 32gB of included storage.

We also know that the handset will feature a 3.7 megapixel front facing camera, as yet we do not have any details on the rear camera, although we would expect at least 8 megapixels.

BlackBerry are expected to launch the new BlackBerry Passport some time in September, the device will come with BlackBerry 10.3, which is also expected to be released to existing handsets in December.

From what we have seen so far, the BlackBerry Passport certainly looks interesting, and I wouldn’t be surpised if this ends up being a popular device for the company.