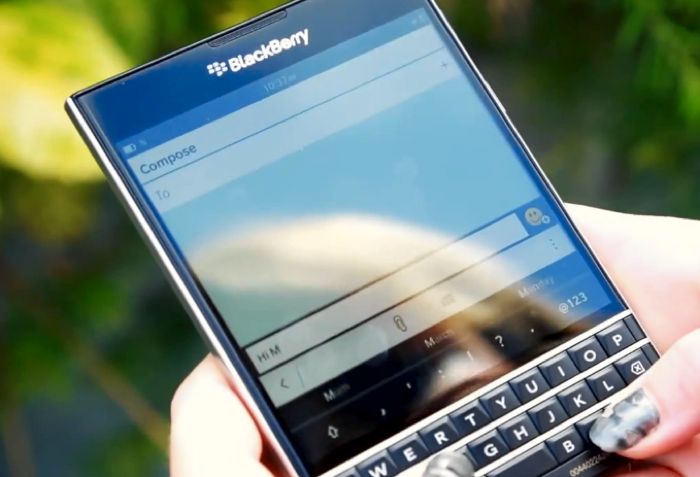 It looks like we have some more details about the new BlackBerry Passport smartphone, as a leaked video of the handset has appeared online.

The video appears to be a promotional video for the handset by UK retailer the Carphone Warehouse, as it shows the company’s branding in the video.

We get to find out some more specifications on the new BlackBerry Passport, including that the handset will come with a 10 megapixel rear camera, we previously heard that the front camera would be a 3.7 megapixel model, have a look at the video below.

Previously we heard that the 4.5 inch display on the BlackBerry Passport comes with a 1440 x 1440 pixel resolution, although in the video the display is described as a Full HD display.

The handset also comes with a three row QWERTY keyboard, which can also be used as a touchpad, and we get to see BlackBerry’s voice assistant,.

We also heard that the BlackBerry Passport will come with a quad core 2.5GHz Snapdragon 801 processor and 3GB of RAM, plus 32GB of included storage.

The handset is expected to launch in September, probably at IFA 2014 and we have heard a rumored release date for the handset of the 12th of September, as soon as we get some more details, we will let you guys know.