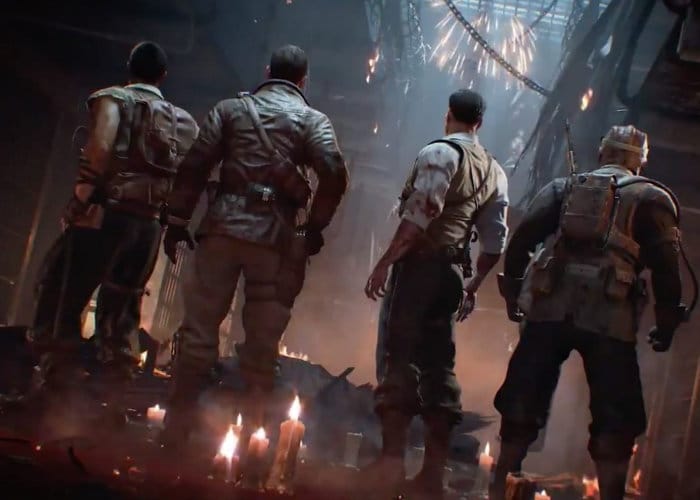 “”Blood of the Dead” takes the classic Zombies heroes — Richtofen, Dempsey, Takeo and Nikolai – on a journey to a secret laboratory beneath the iconic Alcatraz Penitentiary. Encountering a familiar enemy Hell-bent on imprisoning them for all eternity, the Primis crew quickly realize that the future predicted by the Kronorium – the future they sought to secure – is now in serious jeopardy.

Call of Duty: Black Ops 4 delivers the biggest Day 1 Zombies offering ever with three full experiences at launch: IX, Voyage of Despair, and Blood of the Dead. With an exciting new adventure and a brand-new cast of characters, Call of Duty: Black Ops 4’s Zombies will feature the deep gameplay and Easter eggs that its fans have come to expect.”

Call of Duty Black Ops 4 will be officially launching on October 12th, 2018 and will be available to play on PC, PlayStation 4 and Xbox One offering both multiplayer and battle royale modes. Unfortunately the game will not include a single player campaign and only includes Multiplayer, Zombies and a new battle royale mode entitled Blackout.