Seen below is Deadpool, the biggest mouth in the Marvel-verse, with a bunch of pens stuck to his head. Don’t worry, it’s intentional. This rather grotesque bust is the latest in the Gentle Giant line of Marvel hero office accessories. Unfortunately, there’s a bit of a downside to this appealing desk ornament. Read more after the jump. 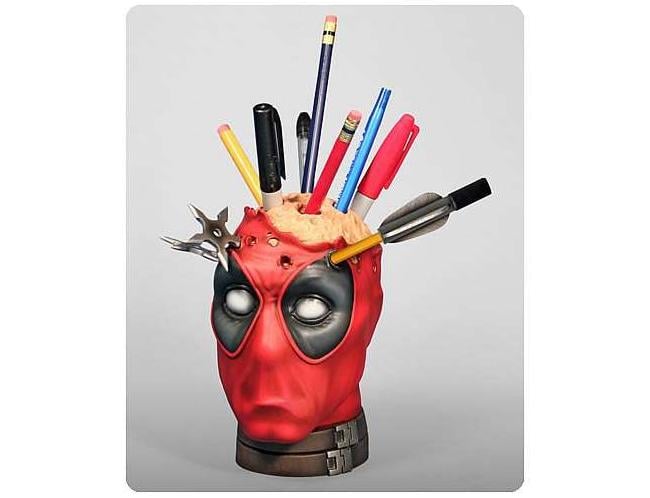 The Deadpool pencil cup isn’t really a cup but a severed head bearing a grim expression equal parts sad face and pouty-lipped disappointment. As pictured above, them pens fit through holes n Deadpool’s skull, which is ripped open and exposed. It’s a fitting touch since Deadpool the comic book was never apologetic about Violence anyway.

The bad news is the plystene bust that has various openings for pens and pencils won’t be available till September next year. Sucks, right?