Microsoft has today announced the release of a new update for their Bing Translator Windows App which brings with it a new speech-to-speech feature offering the same functionality that has been available for some time in the Bing Translator app for Windows Phone 8.

The latest Bing Translator Windows App now enables users to carry out speech-to-speech translations from any Windows device, by simply speaking to the device, with the words then being translated into your selected native speaker’s language. 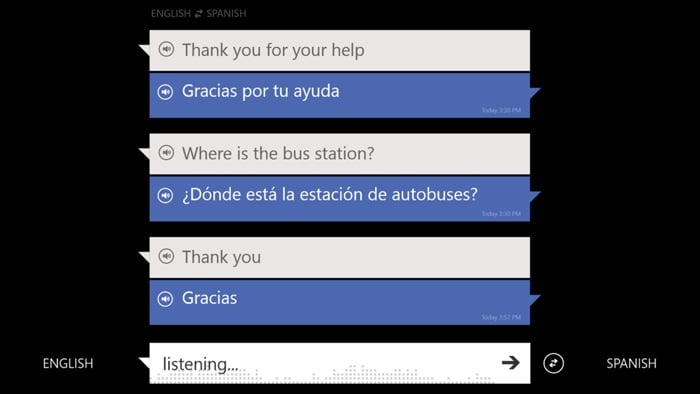 As well as the new speech-to-speech translations the Bing Translator Windows App also now offers users the option to use the camera feature in both portrait and landscape mode to scan and translate unknown words. Microsoft explains :

“Today, we are also releasing new updates to the Bing Translator app for Windows Phone 8 which include improvements to the speech functionality for better quality and responsiveness of translations, in addition a redesigned user interface for the existing and recently released offline language packs. By downloading offline language packs, you can maintain translation on the go when not connected to the internet and avoid expensive data roaming charges.”