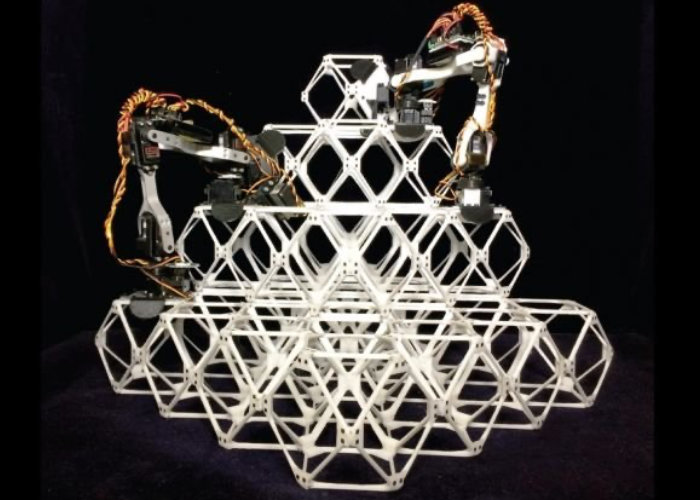 In the future our aircraft, buildings and homes may be built by robots similar to the prototype structure building robot BILL-E, created by graduate student Benjamin Jenett, working with Professor Neil Gershenfeld in MIT’s Center for Bits and Atoms (CBA). NASA collaborated on the robotic project and one of the companies that provided financial support was aircraft manufacturer Airbus.

One of the great features of the BILL-E robot is that it can easily scalable to include additional robots, allows multiple BILL-E robots to build a structure together without hindering the movement or ability of other robots building the structure. “This paper is a treat,” says Aaron Becker, an associate professor of electrical and computer engineering at the University of Houston, who was not associated with this work. “It combines top-notch mechanical design with jaw-dropping demonstrations, new robotic hardware, and a simulation suite with over 100,000 elements,”

Unfortunately it might be quite some time before we see the robot workers building structures in the real world. But for more details on the BILL-E structure building robot jump over to the MIT news website by following the link below.