A new flexible arm stand design for tablets has started its journey on Kickstarter looking to make the jump from concept to manufacture. The Bendi is a unique idea which has been designed to free up both your hands and hold your tablet in any position you require, using a flexible arm and a suction cup to hold the tablet.

The Bendi stand is a concept from Eric Mann a Technology Education student at the University of Idaho and Jens Olson. Watch the video of the new Bendi concept in action  after the jump. 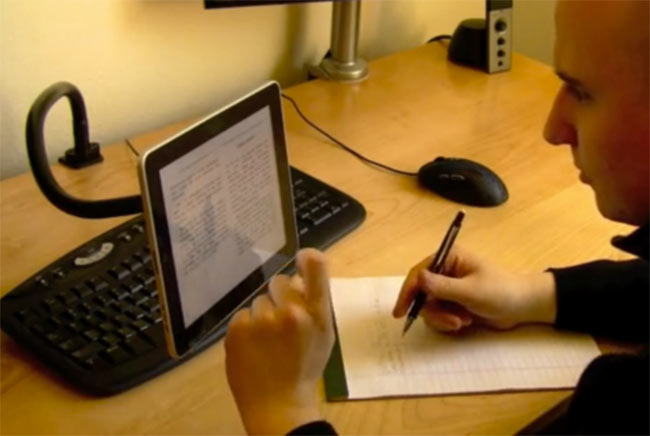 Bendi is an iPad stand exactly like no other stand, and the only one you’ll need. Bendi works wherever you want it to work: on a table, on your desk, in the car, or even on a plane. It even works with all the major tablets, not just the iPad.

If you think their idea is worth a pledge of cash jump over to Kickstarter to help the design make the jump from concept to production.