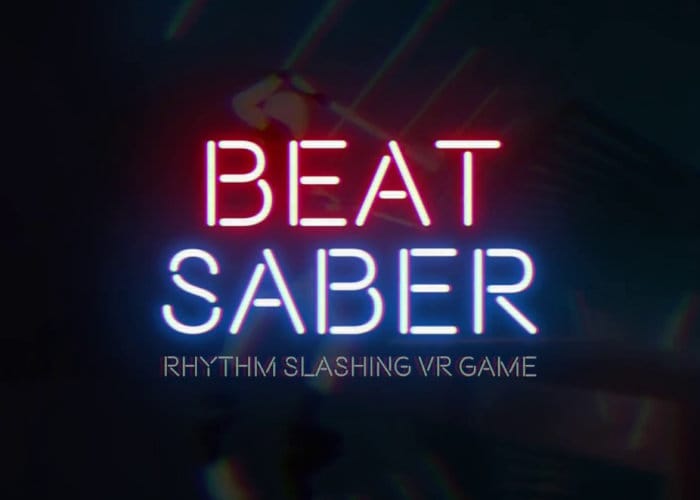 The new virtual reality rhythm game aptly named Beat Saber has taken the Steam charts by storm this week for both VR and others and hit the highest rated title on Steam earlier this week. If you have not yet played the new Beat Saber check out the gameplay videos below to learn more about what is involved.

Developed by Hyperbolic Magnetism the new game taking steam by storm is currently still in Early Access and features 10 songs and four difficulty modes. Your goal is to slash the beats which fit perfectly into precisely handcrafted music.

Beat Saber is a unique VR rhythm game where your goal is to slash the beats (represented by small cubes) as they are coming at you. Every beat indicates which saber you need to use and also the direction you need to match. All the music is composed to perfectly fit the hand made levels. Our goal is to make players almost dance while cutting the cubes and avoiding obstacles. Each cut is strongly supported by great sound and visual effects to emphasize the rhythm.

– Unique gameplay with a great feel – Beat Saber combines the satisfying feeling of cutting with emergent perception of rhythm.
– Handcrafted levels & music – All the basic levels and music in the game will be handcrafted to emphasise the music rhythm. The results are incomparable to similar games with generated content.
– Game accessibility – Anyone can understand basic game principles and play the game in just a few seconds.

Jump over to steam where Beat Saber is available to purchase priced at £15.