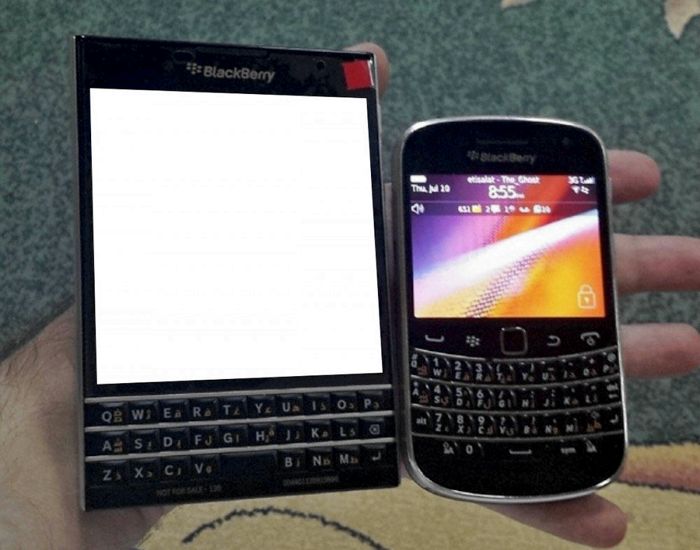 If you are wondering how the new BlackBerry Passport compares to some of BlackBerry’s normal devices, like the BlackBerry Bold 9900, have a look at the photo above.

As you can see from the photo, this new BlackBerry Passport handset looks massive side by side with the BlackBerry Bold 9900.

BlackBerry has chosen an interesting design for their new Passport smartphone, the handset comes with a square display which is said to measure 4.5 inches. The device also comes with a resolution of 1440 x 1440 pixels, and it features a unique three row QWERTY keyboard which is located under the large display.

BlackBerry has yet to officially announce the new Passport, so we don’t’ have confirmation of the handsets exact specifications, although we do know some of them.

The handset will come with BlackBerry 10.3, the device is rumored to be powered by a quad core Qualcomm Snapdragon 801 processor clocked at 2.5GHz and it is also expected to feature 3GB of RAM and 32gB of built in storage.

We have heard rumors that the BlackBerry Passport will launch in September, as soon as we get some more details on the device, we will let you guys know.