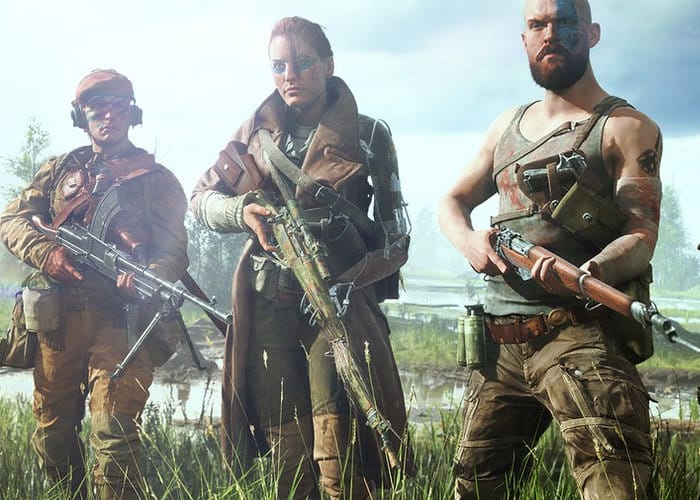 Battlefield fans looking forward to learning more about the next episode in the franchise, will be pleased to know that Battlefield V has now been officially unveiled with a new teaser trailer providing a glimpse at what you can expect from the evolving multiplayer gameplay. Check out the action in the video below.

In Battlefield V, developer DICE returns to a familiar theatre of war World War II with the campaign mode borrowing Inspiration from 2016’s Battlefield 1, sending players through a series of discrete “War Stories” campaigns that each focus on different individuals and their exploits.

“Enter mankind’s greatest conflict with Battlefield V as the series goes back to its roots with a never-before-seen portrayal of World War 2. Assemble your Company of customized soldiers, weapons, and vehicles – then take them on an epic journey through the Tides of War. Experience the most intense, immersive Battlefield yet. You will never be the same.”

Battlefield V will be officially launching on October 19th, 2018 and is being built on the Frostbite 3 games engine and will be available on PC, PlayStation 4 and Xbox One controllers, offering both single player and multiplayer modes. “Battlefield V will focus extensively on party-based features and mechanics, scarcity of resources, and removing “abstractions” from game mechanics to increase realism.There will also be an expanded focus on player customization through the new Company system, where players will be able to create multiple characters with various cosmetic and weapon options. Cosmetic items, and currency used to purchase others, will be earned by completing in-game objectives”.

As soon as more details are made available, trailers released or media will keep you up-to-date as always.