Gamers still undecided whether to purchase the new next-generation PlayStation 4 or Xbox One games console, might like to view this new Battlefield 4 comparison video which is being created by IGN that allows you to see both the new PlayStation 4 Battlefield 4 game right next to the Xbox One version.

Allowing you to see the differences firsthand between the two next-generation consoles and decide for yourself which is the better, if any. Check out the comparison next generation Battlefield 4 games in the video after the jump. 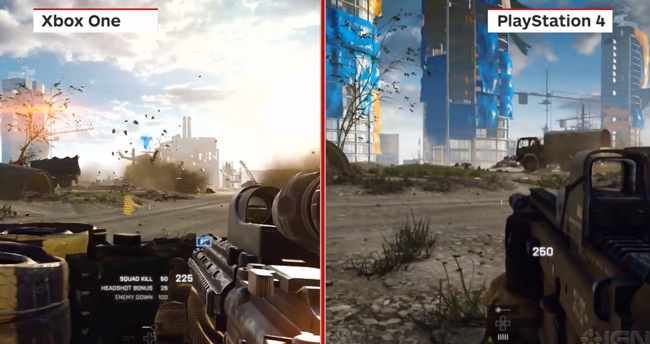 So which do you think looks more impressive? Or are they both the same? Leave you comments below.