Gamers looking forward to the launch of the new Battlefield 4 game currently being developed by EA Digital Illusions CE and to be published by Electronic Arts on October 29th 2013.

Might be interested to learn that the new Battlefield 4 BattleScreen features will only be available on next generation gaming consoles such as the Xbox One and PlayStation 4 and PC systems. 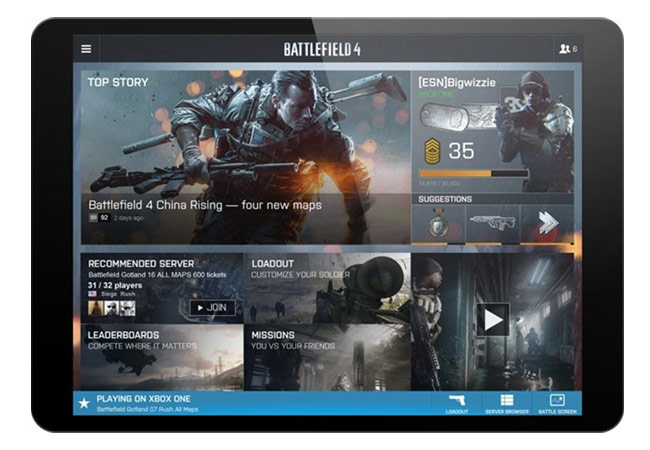 “Battlefield 4 is the genre-defining action blockbuster made from moments that blur the line between game and glory — moments found only in Battlefield. With dynamic destructible environments, epic vehicular combat, and the chaos of all-out war, Battlefield 4 gives you the freedom to do more and be more for an unrivalled entertainment experience.”

“There are a lot of different things you can do, things you can do faster, rather than building stuff in native code. It’s going to be a lot easier for us to actually update things from the in-game Battlelog than would otherwise be the case. You’d have to do patches normally; here we can actually do things almost by the flick of a finger.

To be frank, it will stand its real test once we get it out to the players and see how they use it, both when they play and don’t play. That will teach us a lot and help us innovate even more in this field.

We don’t have the answers to all the questions in this space yet, so it’s definitely a bit of an experiment, but we’re very confident with some of the steps we’ve taken to provide a truly meaningful and valuable second-screen experience.”