As you might already know the new Battlefield 3 game will allow you to destroy certain buildings during gameplay and to show you just how much damage one solider is capable of causing a quick 1 minute trailer has been released packed full of buildings being flattened. Together with the odd aircraft and chopper hitting the dust. Enjoy! 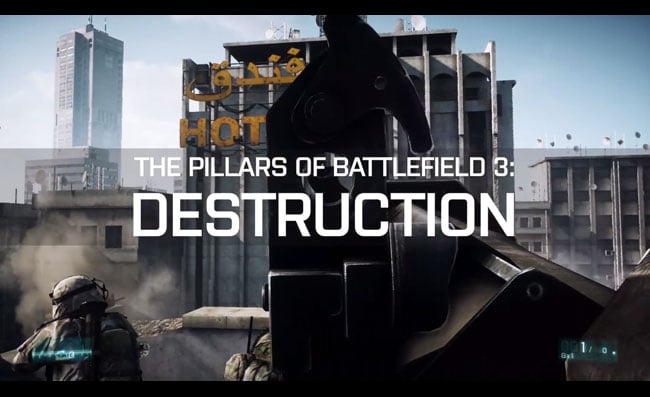 Battlefield 3 will be launching on October 25th, 2011 for the PC, PlayStation 3 and Xbox 360. If you pre-order before that date there are a number of juicy bonuses available from game stores such as the Dog Tag bonus pack from Amazon and the Battlefield 3 Physical Warfare Pack.