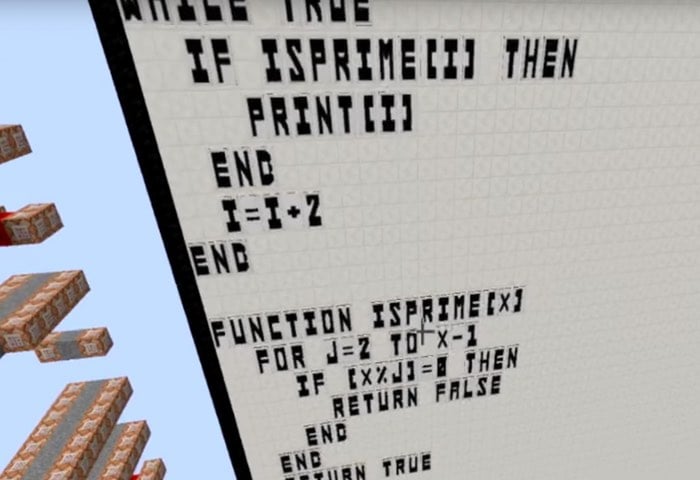 YouTube user SethBling has created a BASIC programming language interpreter within the Minecraft game. Using command blocks to write a BASIC interpreter in vanilla Minecraft, check out the video below to learn more.

The system requires a huge variety of different handwritten command blocks and uses and users enter commands using an non-screen keyboard to type in commands which appears as banners on a massive whiteboard interface all created within the Minecraft gaming world.

The BASIC interpreter is now available to download directly from the SethBling site if you fancy giving it a go yourself via the link below.

It’s not the first time that Minecraft has been used to create a programming environment and you can expect more to be created in the future. Jump over to the official SethBling website for more details or watch the video below.

I used command blocks to write a BASIC interpreter in vanilla Minecraft. You can use it to control Logo-like Turtles.