Such is the conclusion a recent study from the University of Washington suggests. Researchers from the U of W’s Institute for Learning and Brain Sciences tested 64 18-month old babies in the same room as a robot. The result: If the baby sees the robot imitate human actions, scientists believe the baby then perceives it as sentient. Ergo, babies consider robots sentient beings like us. Interesting. 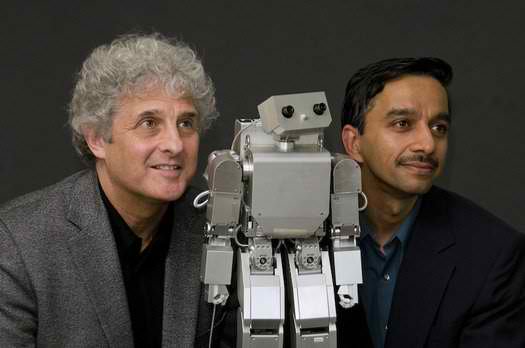 The test itself involved the babies and their parents in a room facing researcher Rachele Brooks, who had a tot-sized bot with her. Ms. Brooks then acted out a skit with her tot-bot (hehe) where she ‘played’ with it. Ms. Brooks then left the room, leaving the human baby with the tot-bot. 13 out of 16 times the baby followed the robot’s gaze, indicating sentience. However, when the Ms. Rachele Brooks factor was removed the babies were pretty much indifferent to the robot, only following its gaze 3 out of 16 times.

What does this mean? Some consider this concrete proof that babies, unless shown otherwise, mistake bots for humans. On the other hand, we would like to believe if the baby sees human social behavior in action it can perceive differently. So, what we can draw form this research is babies don’t mind having robot friends in the near future. Or maybe a robot nanny/maid—you know, like in The Jetsons?