You may have seen a few of the articles we have featured here on Geeky Gadgets over the months covering the toy version of the AR.Drone. Well Shu Mansheng a Chinese farmer has taken the idea to the next level and created his very own full size AR.Drone style flying machine using eight motorcycle engines.

The homemade AR.Drone measures 5.5 meters in diameter, and  hovered  for 10 seconds at about 1 metre above ground during a recent test flight. Watch the video after the jump to see a similar test flight made outside Mansheng’s home during the construction of the machine. 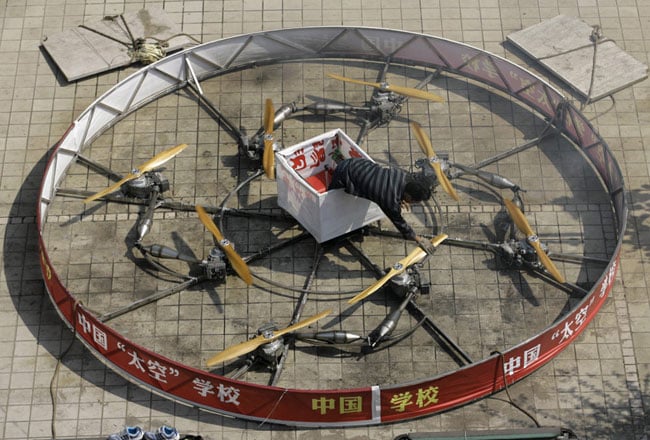 The homemade AR.Drone is still in the development stage but you have to hand it to Mansheng for creating a fantastic flying machine using around 20,000 yuan ($3,135). Five designs in total have been constructed as Mansheng tweaks and modifies the design.