Originally designed for the iPhone and iPod Touch Parrot’s AR.Drone software Free Flight is now available on the iPad allowing you to take control of your Ar.Drone on any iOS device.

If you have never heard of  the AR.Drone its a quadricopter equipped with two cameras, one facing forward the other rear that allows you to then take control of the vehicle and view it as though you are flying it from the cockpit, through your iOS device. 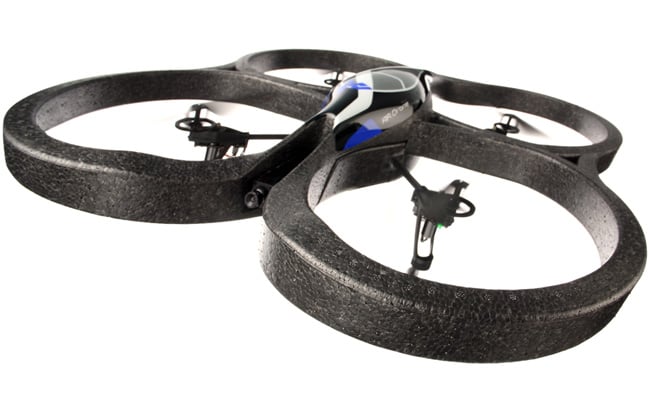 You no longer have to squint at a small iPhone screen you can now take advantage of the iPads beautifully large screen to buzz pedestrians in the park as you fly using the Free Flight application.

Converting the app for the iPad required a few little tweaks including, the video output ratio to be adjusted for the iPad’s less wide screen and the controls to be moved much closer to the bottom corners. 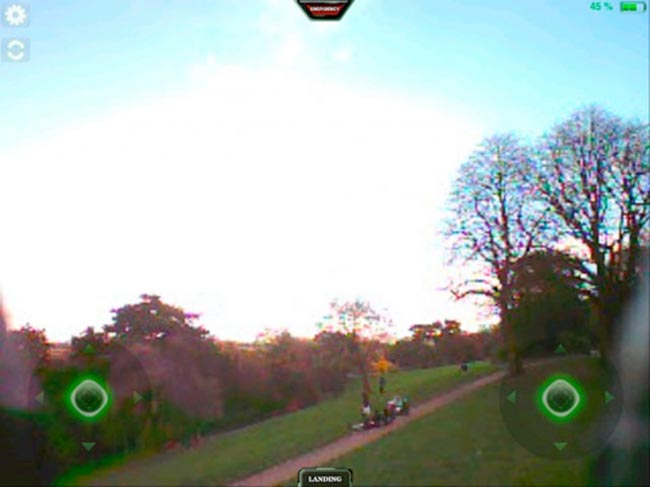 If you are lucky enough to have an AR.Drone Free Flight is available as a free download from the App Store.