Iron Man fan and Hackaday user Jerome Kelty and friend Greg Hatter, have built their very own animatronic Iron Man Mk III suit that is equipped with four Arduino microcontrollers, 20 servo motors, a digital sound board, with functions activated by RFID tags positioned in the gloves.

Kelty is a bike designer turned professional jeweller who also specialises in making movie props and other projects in his spare time and has been helped create the suit by his friend Greg Hatter who is a wizard with fiberglass. Check out the video after the jump to see the Arduino powered Iron Man suit in action. 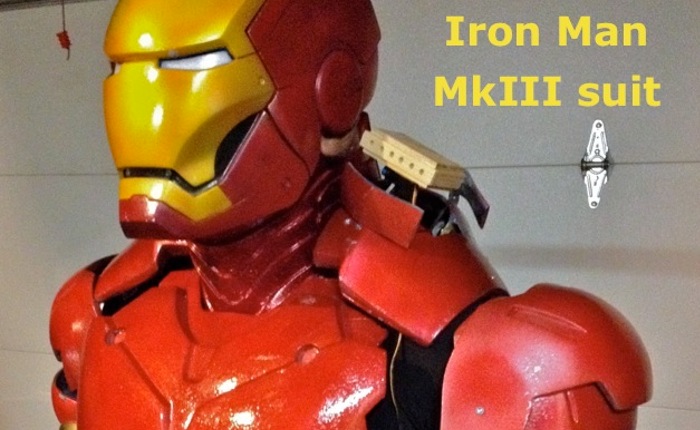 “Animatronic Iron Man suit with wireless helmet, shoulder rockets, forearm missile, hip pods, light up boots and moving back flaps. The suit has . This was a special project done with a friend- I do not make nor do I sell Iron Man helmets or armor. My friend is still finishing up the suit and giving it a repaint and then we’ll have more video after it’s done!”

The animatronic Iron Man Mk III suit is still a work in progress at the moment but from the videos published on YouTube you can see that the project is taking shape nicely and should be very impressive wins all the components are finalised and come together.