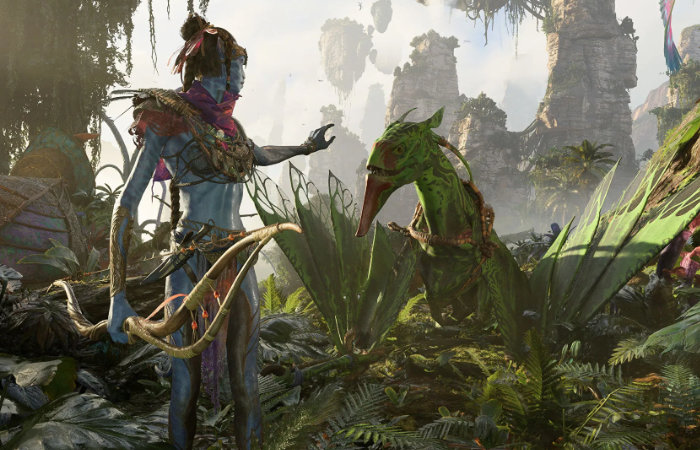 A new tech showcase video has been released this week for the upcoming new Avatar game, : Frontiers of Pandora which is currently under development and launch date set for 2020 and will be available on the PlayStation 5, Xbox Series X|S, PC, Stadia and Luna game streaming services. The Avatar game will be a first person action adventure game and is currently being developed by Ubisoft games studio Massive Entertainment in collaboration with Lightstorm Entertainment and Disney.

“Built using the latest iteration of the Snowdrop engine, and developed exclusively for the new generation of consoles and PC, Avatar: Frontiers of Pandora brings to life the alluring world of Pandora with all of its beauty and danger in an immersive, open world experience. In this new, standalone story, play as a Na’vi and embark on a journey across the Western Frontier, a never-before-seen part of Pandora. Explore a living and reactive world inhabited by unique creatures and new characters, and push back the formidable RDA forces that threaten it.”

To be kept up-to-date on all the new announcements for the Avatar Frontiers of Pandora game and launch date jump over to the official Ubisoft website by following the link below where you can register your details for updates. Eurogamer explains a little more about what you can expect in the game:

“Avatar does look like quite the tech powerhouse – a game that will actually push those next-gen consoles. But my ears were pricked by something Alice Rendell, lead narrative realisation designer, mentioned too: Massive has created a system where NPCs understand the state of the world. For example, they’re aware of the weather, player progression and time of day. That sounds pretty cool, and I’m already imagining NPCs complaining about the rain. It rains on Pandora, right?”