A new WiFi receiver called the Auris Skye has launched on Kickstarter this week and has already blasted past its $56,000 pledge goal with still 36 days to go.

The new Auris Skye is a WiFi receiver for your music dock enabling you to stream music wirelessly from iPhone, iPad, Android or Mac or PC using AirPlay or DLNA. Watch the video after the jump to learn more about the Auris Skye project and see it in action. 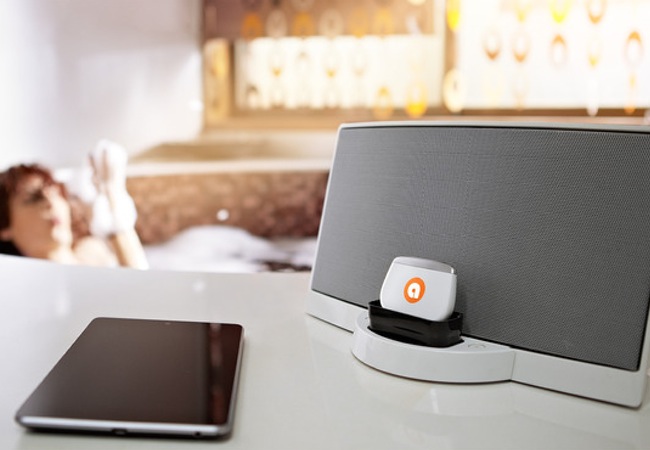 The Auris skye’s wireless technology allows you to stream and control your favourite tunes directly from your smartphone or tablet device. Its creators explain a little more about the Auris Skye project.

“There are many wireless music receivers for music docks which do what they have been designed to do, however there have also been many issues with them. These issues have arisen due to drawbacks in the wireless technology used in the receivers. Many receivers show common issues such as pairing issues, low operation range, poor sound quality, or limited compatibility with the most popular music docks.

We have spent the last year testing and integrating the best new technologies, thus eliminating limitations of the past. This is not a reform, but rather a revolutionary new device designed to change the game and make lovers of wireless music speechless.”