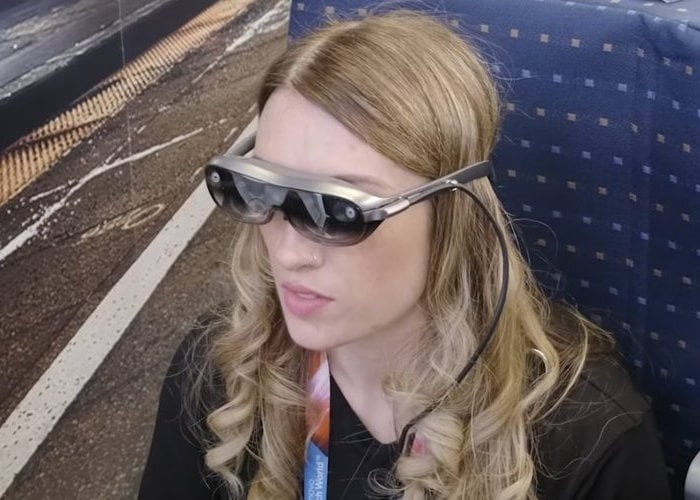 During the Lenovo Tech World conference recently held in in Beijing, China the company unveiled its new Lenovo AR Concept Glasses offering an augmented reality headset that connects to a PC via a cable, making it slightly different from Microsoft’s HoloLens stand-alone AR headset. To learn more about the new Lenovo AR Concept Glasses which are still currently in their prototype development stage check out the unveiling video below from Tech World 2019.

“On-the-go working just got smarter. Our concept AR glasses allow you to simulate multiple monitors right within the headset. This is just one of the many features coming soon on the new Lenovo AR glasses.”

Unfortunately, no information on pricing or worldwide availability has been released as yet due to the Lenovo AR Concept Glasses still being under development, but as soon as information comes to light, we will keep you updated as always.