iPhone users who would like to amplify the audio from their iPhone, might be interested in a new case design which has started its journey over on the Kickstarter website, called the AudioGlove which has been designed by Falco Freeman.

The AudiGlove has been created to both protect your iPhone and also boost its audio capabilities, by amplifying the volume of the audio from the iPhone speakers, and enhancing the smartphone’s microphone pickup. 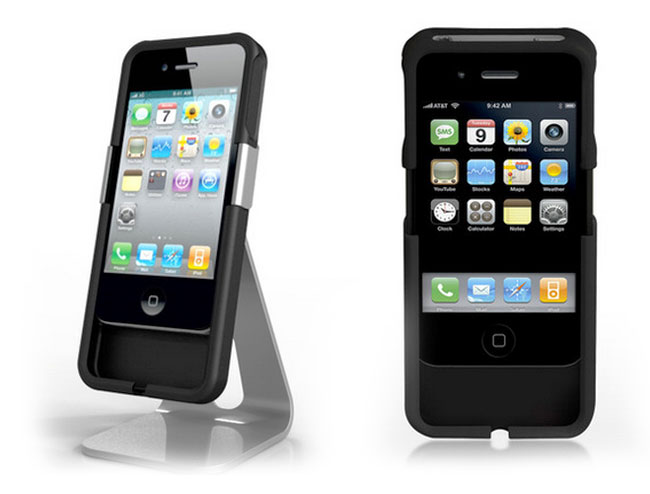 The AudioGlove is made up of a two-piece case that slides open to create an acoustic chamber at the base of your iPhone, and uses natural sound amplification. Amplifying the sound from your iPhone by 10+ decibels (`~20%) says its creator, who explains:

“The AudioGlove makes speakerphone calls and FaceTime chats better; it also makes the sharing of music and videos from an iPhone more practical – with the AudioGlove, everyone can hear – in the office, conference room, car, at home, alone or with a group.”

The AudiGlove is currently over on the Kickstarter website looking to raise enough pledges to make the move from concept to production. So if you think it is something you could benefit from, make a pledge and help AudiGlove jump into production.