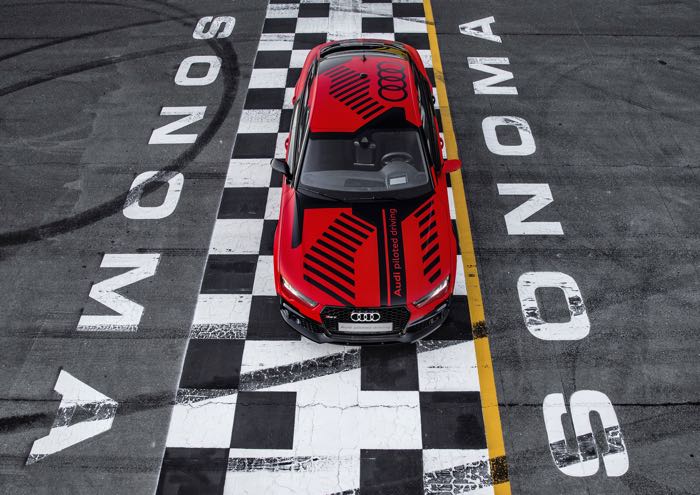 A number of companies are working on Self driving cars, one of those is Audi and now the company’s self driving Audi RS 7 has driven itself around the Sonoma Raceway in California.

Audi also intends to use their self driving technology in the new 2017 Audi R8 and the technology will also be tested in other Audi vehicles. 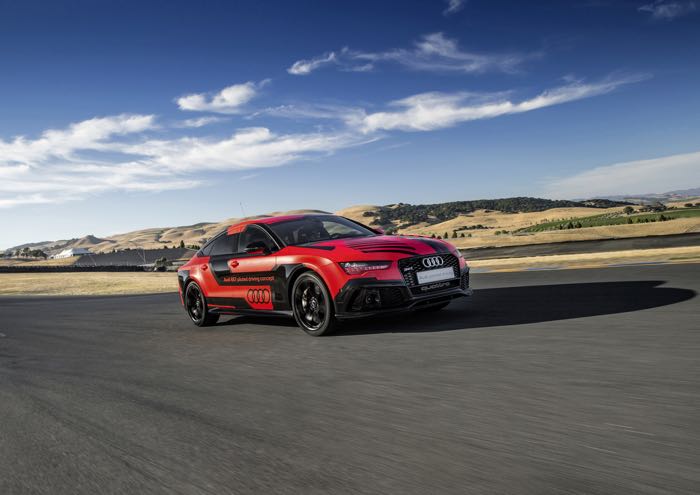 “In Sonoma, we took the Audi RS 7 piloted driving concept to its physical limits lap after lap, and it handled the task with uniform precision,” says Thomas Müller, who is responsible for the development of brake, steering and driver assistance systems at Audi. “The car turned in lap times that were better than those of sports car drivers.” The RS 7 took just 2:01.01 minutes to complete the 4,050-meter (2.5 mi) circuit.

For some time now, Audi has been testing piloted driving under increasingly challenging conditions. In October 2014, an RS 7 nicknamed “Bobby” already completed a driverless lap on the Hockenheimring at speeds up to 240 km/h (149.1 mph). The new generation of the car is named “Robby,” has a power output of 412 kW (560 hp) and is around 400 kg (881.8 lb) lighter than its predecessor. Whether braking, steering or accelerating, the piloted car controls all driving functions fully autonomously and with maximum precision. 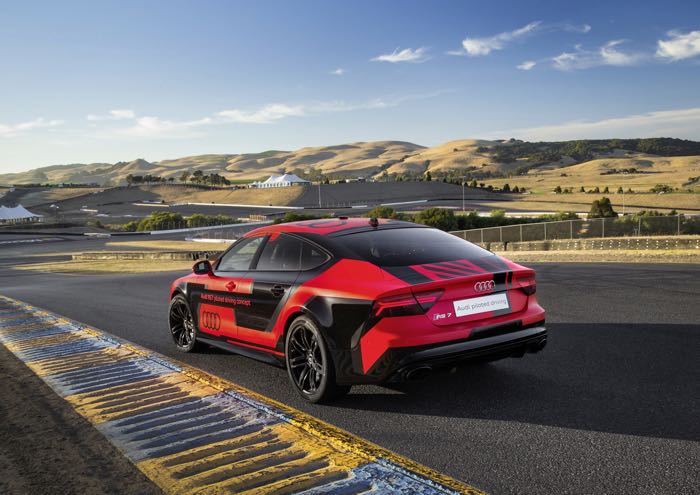 You can find out more details about Audi’s self driving technology over at the company’s website at the link below.