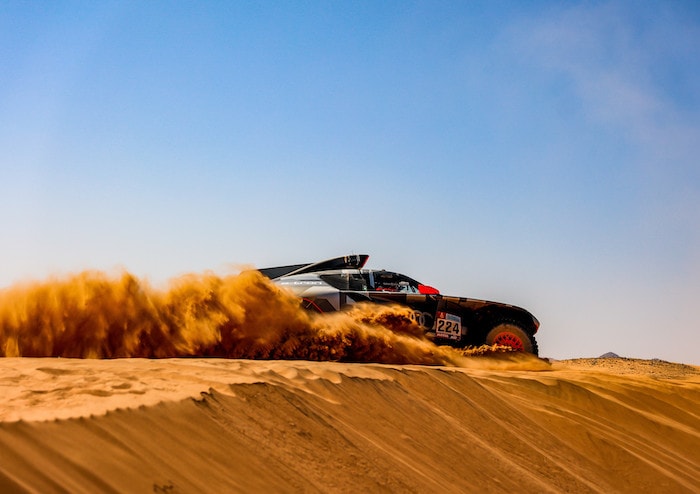 Audi has announced that its Audi RS Q e-tron is off to a successful start at the Dakar Rally, the company has three vehicles in the rally and they covered 24,000 kilometers in the desert.

This is three times the distance the vehicles previously covered during testing and Mattias Ekström/Emil Bergkvist finished ninth in Jeddah in the rally. 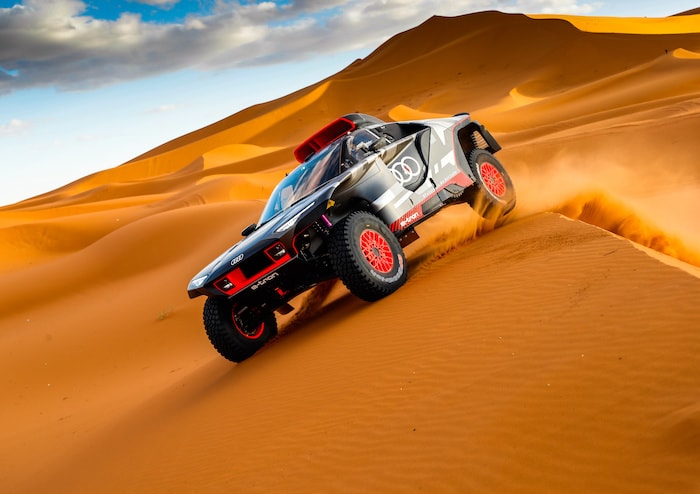 “Audi has lived up to its pioneering role in the Dakar Rally right from the start,” says Oliver Hoffmann, Audi Board Member for Technical Development. “The alternative drive concept of the Audi RS Q e-tron has met all expectations with its electric drivetrain, high-voltage battery and highly efficient energy converter. For more than four decades, our brand has repeatedly impressed with its innovations in motorsport – including in the world’s toughest rally.” Audi developed the RS Q e-tron to operational readiness in just over a year. Thanks to the highly efficient electrified powertrain that is charged by an onboard combustion engine, the three race cars competed in the new T1 Ultimate class for low-emission vehicles. Audi’s prototypes have made history as the first representatives of this new class and achieved stage wins.

Stéphane Peterhansel, the record winner with 14 Dakar victories, summed up the enthusiasm that the drive inspires: “I’ve driven many concepts in the desert but the Audi RS Q e-tron is simply sensational in the dunes.” The Frenchman, who competed with his compatriot Edouard Boulanger, won the tenth stage with the Audi RS Q e-tron. This means he now has 82 Dakar stage wins in his career. However, early damage left last year’s winners no chance of a good overall position this time: The accomplished driver hit a stone on the second stage that destroyed the rim and caused consequential damage to the suspension. After the repair, he received a time penalty for exceeding the maximum stage time, which dropped Peterhansel to the back of the field. From this point on, the driver crew consistently put themselves at the service of the team and helped their teammates.

You can find out more information about the Audi RS Q e-tron over at Audi’s website at the link below, we are looking forward to seeing what Audi has planned for this offroad EV in the future.