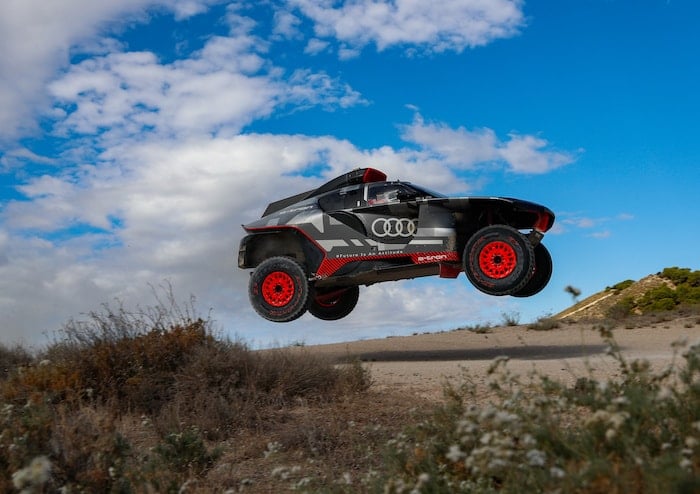 The new Audi RS Q e-tron was made official recently the car will take place in the 2022 Dakar Rally. Audi have been testing their new all electric SUV in Spain at a test area near the Spanish city of Zaragoza.

The conditions are similar to what the vehicle will face during the Dakar Rally, it certainly looks like they have been having fun with the car from the photos. The car managed speed of up to 112 miles per hour off road at temperatures up to 34 degrees. 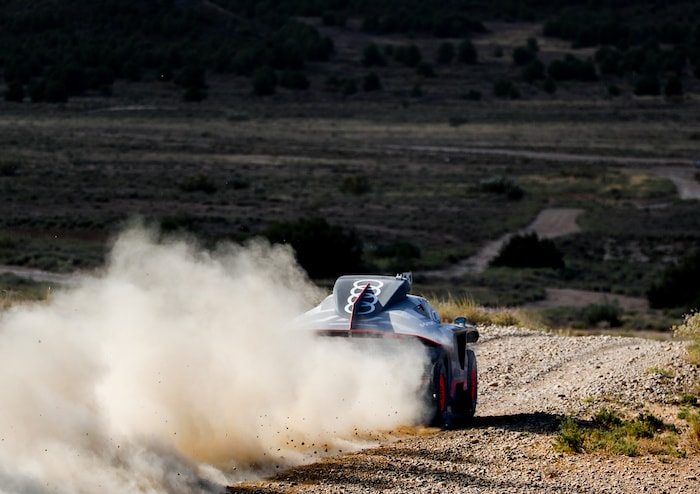 All three of Audi Sport’s driver teams took part in the test in Aragon. Dakar record winner Stéphane Peterhansel and his co-driver Edouard Boulanger drove the first stint from Friday to Sunday. Mattias Ekström and Emil Bergkvist took over the Audi RS Q e-tron on Monday for the next two test days. Carlos Sainz and Lucas Cruz concluded the intensive trials from Wednesday to Friday. 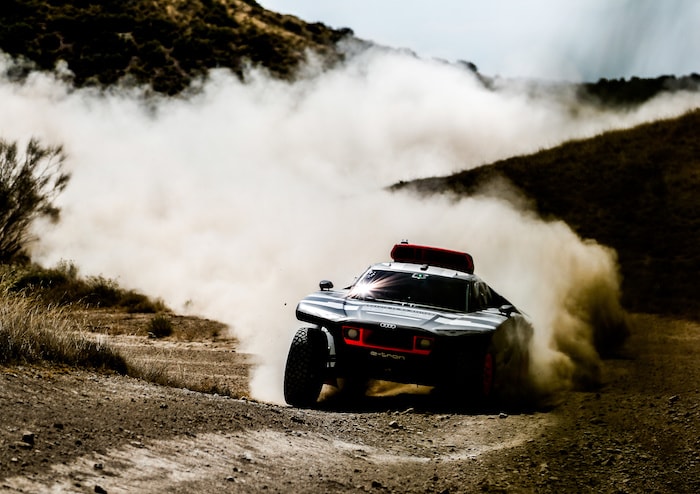 The three driver teams were obviously impressed with the handling and reliability of the futuristic SUV on the fast gravel sections. “For a first test in proper conditions for the car I’m really happy how the car behaves already,” said Carlos Sainz on behalf of his fellow drivers. “I had a really good feeling straight away. Of course, there is fine-tuning to be done – but the starting point is good.”

On the 10.5-mile long gravel sections, the Audi RS Q e-tron achieved a top speed of 112mph. In addition, temperatures of up to 34 degrees centigrade in the shade marked an initial litmus test for the cooling concept of the complex vehicle. 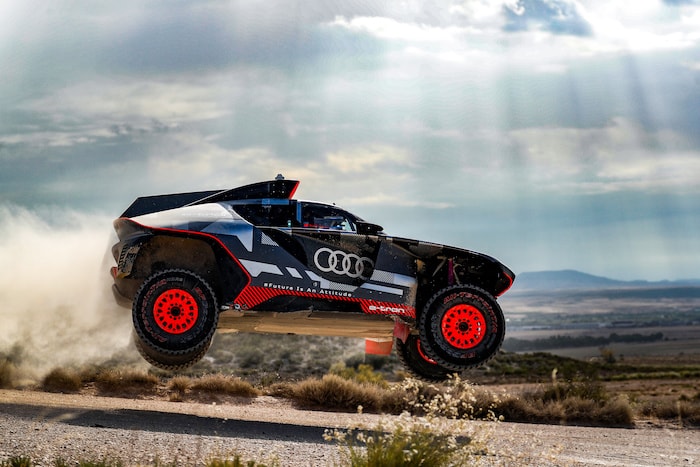 You can find out more details about the new Audi RS Q e-tron over at Audi at the link below, the car will take place in the Dakar Rally in 2022.