US mobile carrier AT&T has announced a new version of the Samsung Galaxy S4, this new version comes with the same specifications as the original although it is now available in a new color, Aurora Red.

The Aurora Red Samsung Galaxy S4 will be exclusive to AT&T, and the handset retails at the same price as the original it will set you back $199.99 when you sign up to a new two year contract with AT&T. 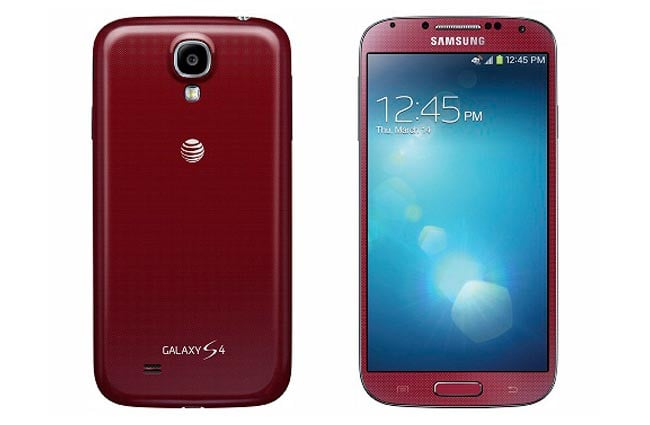 For our customers that love a splash of color in their smartphone, we’re excited to bring you another exclusive that really makes a statement.  Check out the photos below for a first look at the Galaxy S 4 in Aurora Red.

The new Aurora Red Galaxy S4 will be available on AT&T from the 14th of June, the device is now available to pre-order from today, and you can find out more information over at AT&T at the link below.