Asus has announced another new device at this years Computex, the Asus Transformer AiO, which is a tablet with a giant display that can also be used as an all in one computer.

The Asus Transformer AiO is a dual boot device that will run Microsoft’s Windows 8 OS and Google’s Android OS, and the device features a 18.4 inch touchscreen display. 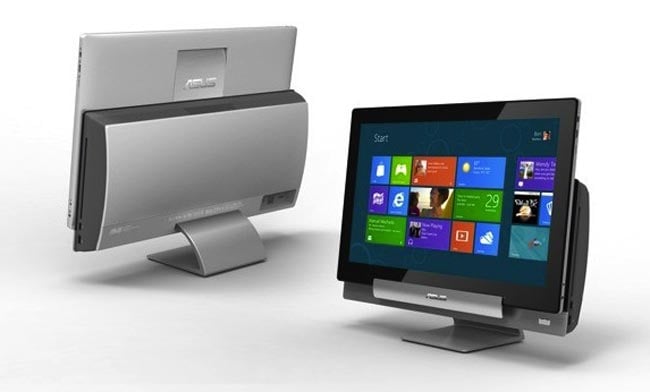 The Asus Transformer AiO comes with a removable display which will function like a tablet, although it works in conjunction with the docking station and obviously needs to be in a certain range with the base for the device to work.

Asus have yet to announced the full specification on the new Transformer AiO, as soon as we get some more information we will let you guys know.