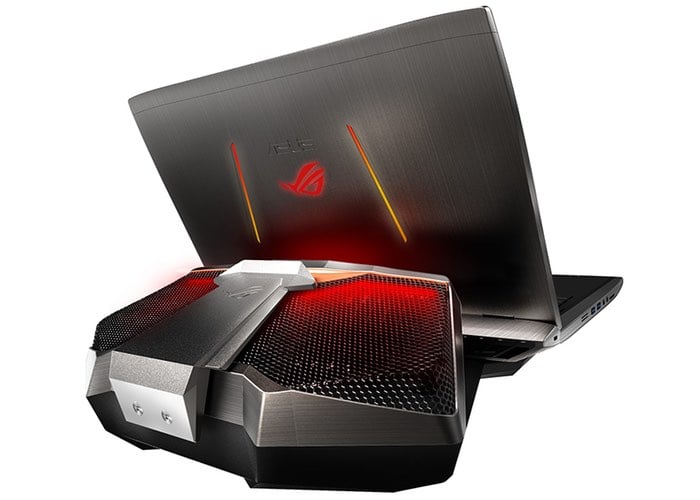 At IFA 2015 this week in Berlin Asus has introduced a new gaming rig they have created in the form of the Asus ROG G752 gaming laptop that can be combined with a massive water cooling docking station.

At the current time detailed specifications about the new water cooled gaming laptop are still a little few and far between but what we do know is that it will have an overclocked double Intel K-series Skylake processor supported by the latest graphics from NVIDIA.

Together with a 17 inch 4K Ultra HD display that supporting G-Sync and as you can see in the image above a huge water cooling system that is capable of being connected to the laptop when using the overclocked features and functions. 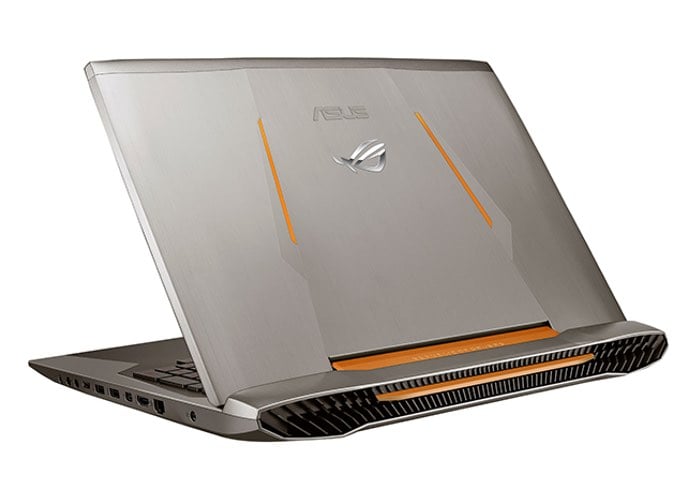 Asus have announced that the laptop will be able to support a choice of solid state disk (SSD) and HDD options together with sixth-generation Core i7 processors up to a i7-6820HK, supported by NVIDIA graphics cards up to the GTX 980M 8GB.

The new Asus ROG G752 gaming laptop is expected to launch before the end of the year with prices starting from just $1,500. Although expect that to rise rapidly when you start adding the optional extras and upgrading processors and graphics.