Yesterday we finally got to find out the specifications on the new Asus Padfone, which is a hybrid smartphone and tablet device that also comes with a keyboard dock, and now Asus has released a promo video for the device. 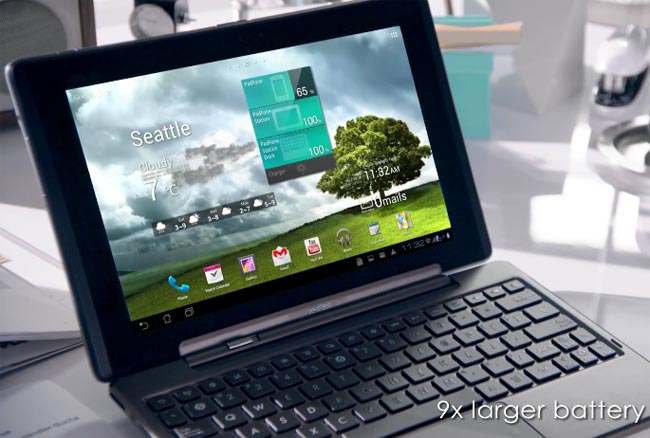 As a reminder, the Asus Padfone is powered by the smartphone device which comes with a 4.3 inch Super AMOLED qHD display with a resolution of 540 x 960 pixels, and it is powered by a 1.5GHz dual core Snapdragon S4 processor and also has an Adreno 225 GPU.

Other specifications include an 8 megapixel rear facing camera for photos and video and a front facing VGA camera for video chat, there is also HDMI, GPS, A-GPS and Bluetooth 4.0.

We still don’t have a release date or any pricing details on the Asus Padfone as soon as we get some more information we will let you guys know.