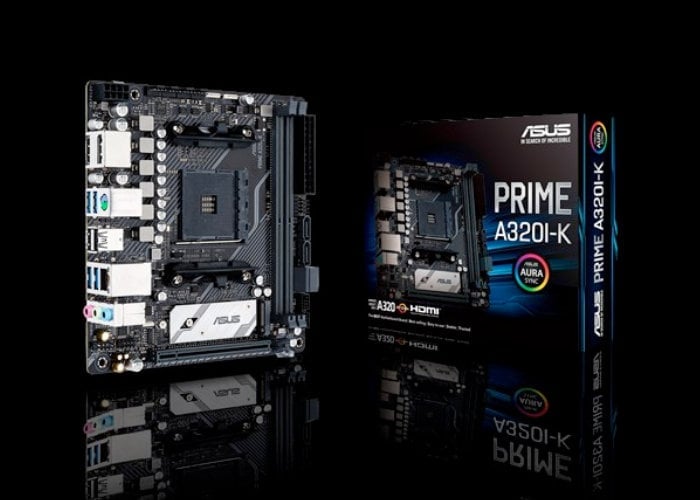 ASUS has created a new Prime A320I-K Mini-ITX motherboard which is expected to rollout to retailers in the coming weeks and is thought to be priced at around $60 although this has not yet been confirmed by ASUS.

The entry-level mini-ITX motherboard for the AMD socket AM4 platform is based on the AMD A320 chipset and supports both first and second generation Ryzen processors, including the 8-core models. The mini-ITX motherboard is powered by a combination of 24-pin ATX and 8-pin EPS connectors together with a 6-phase VRM that makes do without a heatsink. The A320I-K includes four SATA 6 Gbps ports, and an M.2-2280 slot with PCI-Express 2.0 x4 and SATA 6 Gbps. 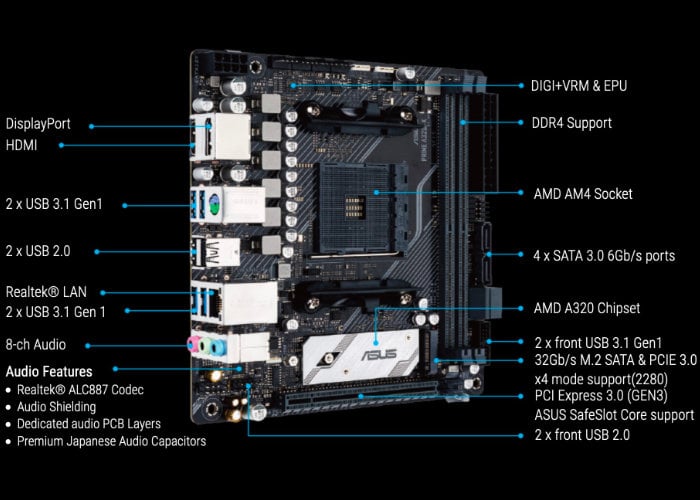 “ASUS Prime is the next evolution of the ASUS motherboard, born of a pedigree that stretches back to 1989. Our team of world-class engineers are passionate about empowering everyone to enjoy the benefits of customization and tuning, and the driving force behind the development of Prime is to make advanced enthusiast controls easily accessible — maximizing performance, stability and compatibility for the very best DIY PC experiences. Simply stated: it’s time for Prime.”

For more details jump over to the official product page on the ASUS website.