No amount of traditional exercise can keep you fit in outer space, apparently. Small wonder then that astronauts often collapse under their own weight upon returning to Earth after an extended stay up there. 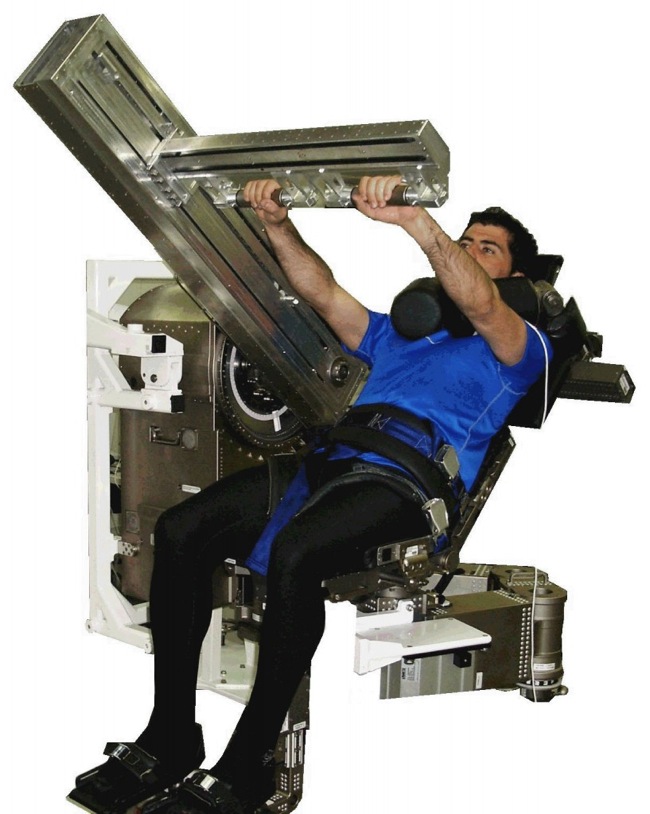 But thanks to the pioneering work of Spanish firm NTE-SENER on behalf of the European Space Agency (ESA), astronauts can now bring a modular gym to their orbital habitat to keep muscles from turning to jello.

Lest you think this is but a glorified hunk of gym equipment, MARES is a minor revolution in design and engineering. Since MARES first operated in a NASA shuttle, the U.S. space agency lent the team at NTE-SENER a helping hand building their own MARES using Solidworks 3D software that rendered a very detailed blueprint of the exercise machine’s various parts and foreign-built components.

Once installed and operational, the purpose of MARES is to focus on specific muscle groups, restrain the astronaut and ‘deliver power assisted resistance.’ Let’s not forget to add the diversion. The word is living in a capsule for days can get rather dull.